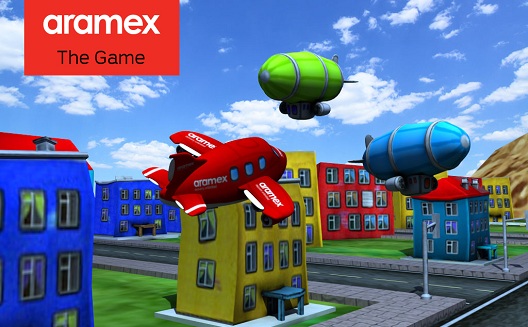 Aramex has announced the winning developers of the Aramex Gameon Competition 2012. This is the first time Aramex has hosted the competition; we explain the details here.

The winning teams created some lighthearted game demos in which players act as Aramex delivery vehicles and have to overcome obstacles and deliver packages within the time limit.

In first place, Versus Technologies, formerly Phoenix Studios, from Palestine pitched a 3D Grand Theft Auto (GTA) type demo where users drive an Aramex truck to finish deliveries within the time limit. Players must overcome obstacles and squeeze through side streets to successfully deliver packages. Aramex sites “slick graphics, details, gameplay, and future vision” as key factors in awarding Versus Technologies the top prize. The team wins $5,000 and a contract to develop the game.

In second place, Legendary Studios from Jordan pitched a demo with an imaginary Aramex plane on a similar mission to deliver shipments on time and in one piece. Legendary Studios won a $1500 prize and previously created a game on GameTako.com.
It looks like Nina's wish for a game came true, hopefully other players will be excited about it as well. Versus Technology and Aramex hope to launch the full game in early 2013.
N.B. We searched for the developers' website urls, but didn't find them. If you do, feel free to leave them in the comments.