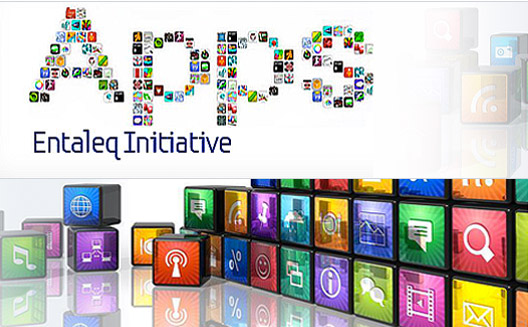 As of last April, the number of smartphones and tablets sold in the Middle East reached 22 million and continues to grow. The largest population of smatphone users is in the Gulf, especially the UAE and Saudi Arabia, with 12 million devices in use. These indicators show a huge and growing regional opportunity for new app developers to jump in to the market.

Inititally, investment in mobile app startups often doesn’t require a huge amount of investment, usually only requiring one knowledgable developer with the necessary technical skills to pull it off.

Locally developed apps, like Egypt’s Instabug, that have made a name for themselves globally, inspire other developers to push on and realize their potential to compete both with regional and international app developers.

To capitalize on this regional talent and attract more loyal users to their platforms, many smartphone companies have started organizing their own events and competitions for developers, incentivizing them to innovate and develop the next mobile hit. These events represent an important opportunity for developers to gain new knowledge and expertise in the smartphone programming field, to connect with other developers and companies looking for new talent, and to get a chance to compete for financial prizes that will enable them to further develop their concept and maybe even start their own companies.

Below is a list of upcoming developer competitions in the Arab world focused solely on smartphone apps designed for a specific platform:

This competition specializes in Egyptian developers creating apps that operate on either Samsung smartphones or smart televisions. It offers a prize of 250.000 EGP (US $35,688) for 15 winning developers. The deadline for the next round of the competition is July 30th.

Nokia offers smartphone developers in the Middle East sponsorship and mentorship to help them develop apps for its Lumia and Asha phones. Nokia’s program is open to developers in several countries across the region and welcomes those who are interested in developing app concepts, even if they do not have the required programming background to create a prototype. Their Asha competition deadline is August 2, 2013 with a prize amount of 230,000 Euros (US $302,000) split between the winners.

Lately, Blackberry has been trying to attract more developers to its devices, especially through this year’s launch of a series of events hosted in different countries in the region, in addition to other events organized online. The latter aim at introducing developers to the features of Blackberry’s operating system for smartphones, and the benefits to working with their platform. Their programs take place regionally, including in Asia, Europe and the Americas. Check out their upcoming events and Jam Sessions here.

This is not a comprehensive list of developer competitions in the Arab world, but those listed here are still open for submissions this year and focus mainly on mobile apps for specific platforms. Check out Wamda's event page for a list of other upcoming competitions.