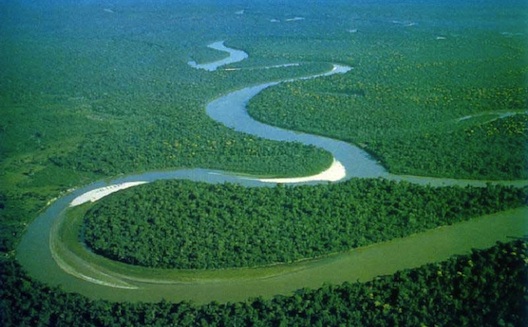 After almost two decades in online retail, Amazon is still the punchline to jokes about profitability.

“Amazon, as best I can tell, is a charitable organization being run by elements of the investment community for the benefit of consumers,” Matthew Ygleisias famously wrote on Slate earlier this year.

But while journalists and Twitter pundits take its investors for fools, they’re missing the bigger picture, argues Eugene Wei, Flipboard’s Head of Product, who worked at Amazon from 1997 to 2004. Amazon turns a profit on the vast majority of its products, as well as its marketplace, Wei illustrates; its losses are due to its boundless ambition, and a focus on building fulfillment centers everywhere. If quick shipping is Amazon’s secret sauce for making customers buy more, fulfillment centers are its essential ingredient, he explains.

“I'm convinced Amazon could easily turn a quarterly profit now,” Wei writes, but for the fact that Bezos is an “apex predator,” gunning for a very, very long term kill.

Maybe the critics have a point that with too large a global footprint, Amazon won't reach enough revenue to realize its vision, Wei acknowledges. But that doesn’t mean it isn’t currently profitable.

That crucial difference might seem even more clear in Middle East e-commerce, where reaching profitability is difficult. As a sector, e-commerce is a decent longterm bet, one that has accounted for 85% of investments made in the past year, all by investors from outside the region. Shopping appetite in the region is voracious, online shopping is growing steadily, and credit card use- and smart alternatives- are improving, but providing fast delivery is difficult outside the Gulf (in the Middle East, Quartz reports that Amazon's own delivery times reach 2-4 weeks; with Aramex's Shop & Ship from the U.S., I've seen deliveries as quick as 4-5 days).

Amazon hasn’t opened a fulfillment center in the Middle East yet; you could say that its predation has not reached this difficult apex. But its focus on scaling has meant that it’s now larger than the top 12 global online retailers combined, Jeff Jordan of VC firm Andressen Horowitz wrote recently (and the LAUNCH Ticker cited). 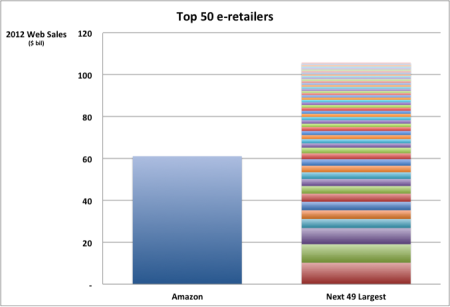 In the Arab region, it might seem as though Souq.com is more relevant local competition than Amazon (or bookseller Jamalon for those focused on Amazon's original vertical), and yet, 90% of the region’s online transactions are done abroad, with companies in U.S., Europe, and Asia, according to PayPal’s recent report. So it’s not just faster delivery times that will lure customers to buy locally; it’s also the merchandise sold, the payment gateways offered, the curation, etc.

Jordan lists 5 ways that retailers can weather competition from Amazon. His points in a nutshell (read his full descriptions on his blog):

Several retailers in the Arab region are already following this advice, in hopes of convincing customers to come online, and then- once they’re online- stick with a local e-commerce company.

Another way to reach profitability in this space? Serving the e-commerce players. In a market where infrastructure lacks, helping to build it could also situate companies well for building revenue in the near term- without as much fixed cost- and the possibility of an acquisition in the longterm.

Now that Amazon has launched Amazon Payments, it could, one day, look to acquire a payment gateway in the region that has already built the necessary legal framework. In the meantime, the existing demand in the region will keep e-commerce service providers like Gate2Play, PayFort, and ShopGo busy.