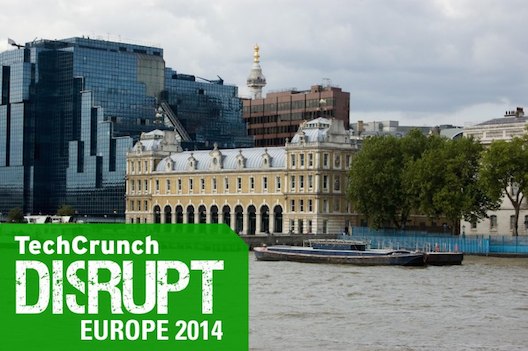 Getting your product known and used internationally is tough, especially if you’re based in the Arab world. To address this head on, a slew of startups are heading to Europe’s major startups events and competitions to help get the word out.

It’s a wise move: tickets to Europe are cheaper than to the US, competition is not as tough there, and at the same time international media and VCs are paying more and more attention to the continent that is home to Skype, Soundcloud, Spotify, and Shazam (choosing a name starting with a S apparently helps).

We’ve heard a lot about Arab startups, both from North Africa and from Lebanon, taking part in The Web Summit (read about the Arab startups joining this year’s event here); while the Arab startups made a splashy début at LeWeb, thanks to MITEF’s organization.

This year, we met the Arab startups taking part in TechCrunch Disrupt, the famous startup competition organized by TechCrunch. The European edition ended up with an event, this year taking place in London, on October 20-21, where the TechCrunch team hosted a few interviews with famous entrepreneurs and investors on stage. The main interest of the event, however, was the Startup Battlefield opposing the finalists on stage, and the Startup Alley featuring startups that did well during the competition but didn’t make it to the finale, both of which primarily target press and investors.

Contrary to other events, Arab startups came on their own, and didn’t openly display their country of origin. Therefore, the few Arab startups that were there often didn’t know one another – too bad, given the time and money that sharing knowledge and experience can save. 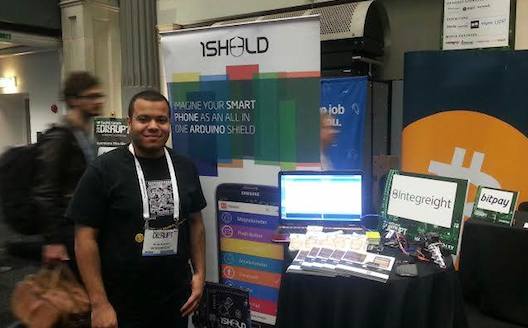 Participating in TechCrunch Disrupt wasn’t a first for Integreight, the Egyptian hardware company behind 1Sheeld, an all-purpose Arduino shield connected to a mobile app, which was funded through last year’s massively successful Kickstarter campaign (they raised $85,210 USD, eight times their original goal).

“We were [at TC Disrupt] last year in Berlin where we launched 1Sheeld's Kickstarter campaign, and we came back this year to get more exposure and announce the four new shields we added to our app last month. We also love networking, and that's what these events are all about,” cofounder Islam Mustafa told Wamda. The entrepreneur is happy with the outcome of the event as he’s been able to meet hardware startups, potential investors, and engage with customers, he explained. 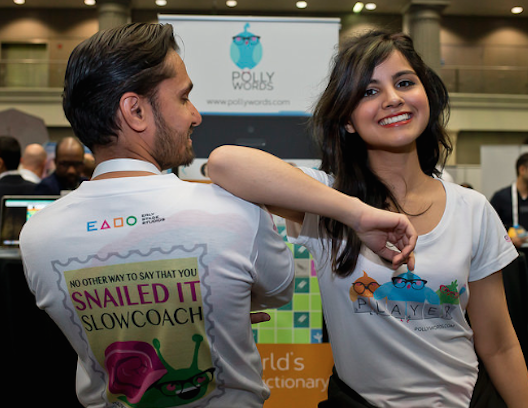 The Erly Stage Studio team, pictured above, came, looking to meet the press, investors, and other entrepreneurs from all over the world, cofounder Farid Haque told Wamda. The startup, which has bases in Karachi, Manila, Abu Dhabi, and London, was hoping to generate some buzz for their its game, Pollywords, an iOS Scrabble-like game that allows users with different language abilities to interact, as the app is to leave beta in a few days. While the team may have succeeded in getting the word out about Pollywords, Haque admitted that “it was disappointing to not have met enough people from the West Coast [of the US], or indeed across broader Europe,” and that “the startups that made the finals were really the ones that got all the attention.” 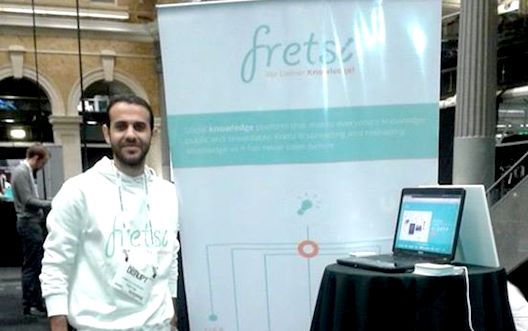 Egyptian startup Fretsi only came for one day – the bootstrapping company couldn’t afford to stay for the entire conference – but cofounder Ahmed El-Sharkasy, pictured above, told Wamda that was well worth the trip. The entrepreneur behind Fretsi – a kind of Pinterest for knowledge – came to validate his idea with the audience, and his business plan with investors. Both were confirmed, he said, when the startup came second in the audience choice award, beating out all the other Startup Alley startups.

Despite this, the cofounder was disappointed that Fretsi didn’t get press coverage, and that investors were not interested in early-stage startups. But disappointments aside, he found the event to be an amazing and successful experience after all. “Knowing we’re on the right track, we can walk faster.”