There’s nothing quite like a satisfying investment or acquisition to get the entrepreneurial juices flowing. Throughout 2014, Wamda reported on a number of investments in MENA startups, as well as acquisitions of shares and even whole companies. Here are a few to take note of as the year comes to a close.

This was a big one. The Dubai-based digital media company attracted the attention of Paris-based digital publishing company Webedia, so much so that in March of this year the French put down an estimated $12.75 million for a 51% equity stake (a source in Lebanon had placed Diwanee’s worth at around $25 million). This made it one of the largest majority investments for a digital company in the Middle East to date. 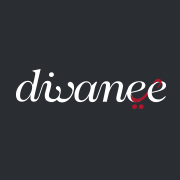 “It allowed us to accelerate the tech developments [of the site],” says cofounder Delphine Edde, “and increase the team’s know-how in certain areas.” The biggest advantage of all, though, has of course been the access Diwanee now has to the content and resources of Webedia. “The huge synergies allowed us to launch [celebrity news website] Mashaheeri in a very short period of time.”

The Dubai based ecommerce site, which gets around 23 million visitors a month and has over six million registered users, managed to secure a whopping $75 million investment from Naspers Limited, the South African multinational media and internet group, back in March of this year.

The Souq.com team told Wamda that it was going to use the investment to focus on the site’s mobile shopping capacity. Stating that over 50% of the traffic coming to the site is via mobile devices, CEO and founder Ronaldo Mouchawar stressed the importance of refining that side of their service.

The new investment from Naspers is nearly double what it previously invested in 2012, something that Mouchawar puts down to the South African company’s faith in what his company, one of the region’s biggest ecommerce platforms, is doing. “We’ve been able to grow the business massively,” says Mouchawar. “The business model we run… is the full ecosystem of ecommerce.”

Asked why they felt a company from outside of the Middle East was so keen to invest in them, at a time when so many startups lament the lack of outside funding, the CEO stated that Souq position is a market leader which is operating on a huge and growing scale.

One of the larger amounts to be invested in a company this year was a $40 million injection into the Brazilian taxi app Easy Taxi by Phenomenon Ventures with support from Tengelmann Ventures. The app, which differentiates itself from other taxi services in the region by utilizing existing taxi drivers, was launched in Brazil three years ago and has since become a global brand.

Easy Taxi first forayed into the Middle East on the strength of a 2013 investment from Rocket Internet and iMENA (since then they’ve also received investment from Mobily Ventures). Since then, they have launched in cities throughout the region including Egypt, Kuwait, and Saudi. Vera Futorjanski, Rocket Internet’s head of international communications, told Wamda in August that they would be using part of the $40 million to expand to every major city in the Middle East “which provides good mobile infrastructure.”

The CEO of Easy Taxi Middle East, Dr. Mahmoud Fouz, tells Wamda that they “see the additional funding… received this year on a global level as a sign of trust of investors in our business model after showing remarkable growth since inception.”

Futorjanski told Wamda in August that they were be focusing on two factors during their expansion into the Arab region: Saudi women and paper money. In the Kingdom, women already account for 70% of the clients, and there is a considerably low rates of credit card use, so adaptations need to be made. However, they are quick to catch up and triple digit growth month on month is a sign of that.

Created only in March of this year, founder Elias Ghanem always envisioned his startup moving quickly with both scaling and mergers. The former PayPal MD told Wamda that “successful mergers are about joining forces to accelerate growth, and the Telr and Innovate Payments one is definitely working in this direction.” Not bad for a company that is yet to celebrate one year in business.

Ghanem told Wamda at the time of the deal that he seeks to “revolutionize the payments landscape across all emerging markets,” beginning with the MENA region. The Innovate Payments cofounder and new Telr CTO Andy O’Sullivan has developed five payment gateways since 1997, not including Innovate Payments, so the experience coming to the table for Telr is unbeatable.

In November, the leading Turkish food-ordering site Yemeksepeti, based in Istanbul, announced its acquisition of a majority share in the Jordanian site ifood. The amount they paid is undisclosed but it was certainly enough to boost the future plans of the Jordanian startup significantly.

Prior to this deal, the Turkish market leader had been making real headway into the online food-ordering sector in the Middle East, having expanded its presence into eight countries, including Lebanon and Saudi Arabia, with FoodOnClick. For the Turks, to partner with a local startup was the logical step in furthering their regional reach. “This decision can differ with the size of the market, the competition, and how much time and work force you have in your hands to devote to the cause,” Yemeksepeti’s CEO Nevzat Aydin told Wamda.

ifood, which was launched in 2012, was obviously very pleased with the acquisition and has big plans to put Yemeksepeti’s experience to use. Prior to the acquisition, cofounders Omar Akel and Zeid Husban had no budget for marketing; this, they said, was one of the first things they planned to spend the investment on.

When asked what other benefits would come from the acquisition, Akel told Wamda success amongst startups is rare in Jordan, given the small size of the market and its low purchasing power. Akel says that it’s not just about what they’ll gain from the more experienced company’s know-how; “we’re also going to be more bold in our operations now that we have a deeper pocket, plus lots of hope, energy and stamina. The fact that we’re not yet three [years old], and we started in my garage,” he said, “we are most certainly the most excited.”

It won’t be official until January 2015, but all the pieces are in place for a landmark buyout in the region. Lebanon’s NetSila, the digital media company responsible for the Arab world’s leading recipe sharing website Shahiya, was acquired by Japan’s largest recipe portal, Cookpad, for $13.5 million.

The site’s cofounder and CEO Hala Labaki told Wamda at the time of the November announcement that they always knew Shahiya’s future would be aligned with a global player. “Like Cookpad we obsess over our users,” she said, “and the simplicity of our offering. We look forward to expanding and doing more for our community.”

The Japanese company has made more than a few purchases in 2014 – it has acquired the English language app Allthecooks, the Mis Recetas site in Spanish, and Dapur Masak in Malay. The purchase of Shahiya can be seen as its opportunity to gain a solid footing in the Arabic language market.

“This acquisition is in line with Cookpad's mission of leveraging technology to make everyday cooking fun and accessible to everyone,” said Tomoya Yasuda, head of Cookpad International, in November. Prior to this deal NetSila, had received funding from MEVP ($500,000), and now Shahiya is MEVP’s first exit.

The most recent regional investment was Al Tayyar Travel Group and STC Ventures’ round with Careem, the Dubai-based car sharing service similar to Uber. The startup announced at the beginning of December that it had raised a grand total of $10 million in an investment round. Its second round to date, this one is nearly double what they had managed last time, in mid-2013.

The round also included other regional investors. When asked how they managed to nearly double their first round, cofounder Magnus Olsson told Wamda that “it’s general wisdom to try to space out the fundraisings, as long as the startup is doing well.” 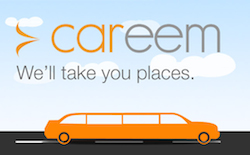 Growing possibly faster than they had previously estimated, Olsson and his partner Mudassir Sheikha, had originally planned to just focus on the Gulf. Now, however, with 70 employees and about 4,000 vehicles, they find themselves looking as far as Morocco and Pakistan; they are now serving clients in more than 10 cities including Riyadh and Lahore. “We want to scale up a lot further,” says Olsson. “We’ve upped our ambition a bit and linked to that we realize we need to accelerate the people we bring on board.”

Plans for the cash infusion include expansion into the new markets, and improvement of Careem’s technology and operations platforms. “We are looking at cities that our clients want us in,” says Olsson, “so somewhere like Cairo is exciting for us. It’s the combination of where we’re wanted and where looks exciting to us.”

If you know of other notable investments or acquisitions, let us know.