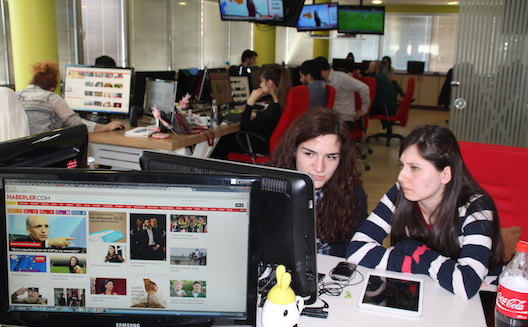 The Istanbul offices of haberler.com

By the end of 2015 Beirut is going to be home to another news portal for the Arabic speaking region, or at least that is that plan of successful Turkish news platform haberler.com.

Covering everything from economics to soap operas, the free to use haberler.com has been online for seven years and in that time, according to Ekrem Teymur, Managing Director of Yeni Medya, the owners of the site, they have seen their growth double year on year. With around 2.6 million daily visitors the site is, again, according to them, the third most visited news website in the country.

“The Middle East has bigger potential for us,” says Sadik Yildiz, CEO of SENA Group Inc., the parent company that oversees Yeni Medya. “We see a bigger population […] the economies are rapidly developing and the online traction is high.” Wanting to make use of international incentives looking at regional integration when it comes to investment, such as initiatives from the US and World Bank, Yildiz says that the encouragement of the private sector to move to other regions has been a factor for them.

Based in Istanbul, ‘haberler’, which translates simply as news, draws its content from agencies while a team of translators and editors edit it to their style. “We believe that being a news portal of this type we have a good chance in the Middle East,” says Sadik, claiming there is nothing like this that just informs, raw news from agencies.

Having already successfully signed on a “strategic partner,” the name of which Teymur and Yildiz would not disclose, they are now in the process setting up meetings with Beirut-based VCs in order to acquire funding for their project. 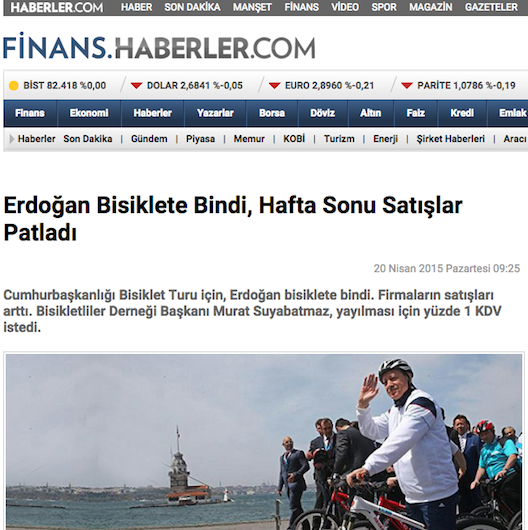 A similar layout for the Arabic site?

The decision to have Beirut as a base for their all-Arabic content site is, they tell Wamda, down to the proximity to Turkey (it’s just a two hour flight to Istanbul), and their belief that finding staff will be easier. The choice of partner though obviously has a lot to do with it and despite tensions that arise from time to time in Lebanon the country is still seen as more free when it comes to the media when compared to the Gulf.

“The Circular 331 is also a strong reason why we are investing in Lebanon,” says Yildiz. “We’re looking for up to $10 million from a Lebanese VC, and we’ll be putting in something like $2 million.” The uncle and nephew, Yildiz and Teymur respectively, are keen to add that until this point they have not received any outside funding for haberler.com or their other media news monitoring site, habermetre.com. “For us this is about growth and expansion funding,” says Yildiz.

Aside from the security situation in Lebanon, and the region as a whole, being a concern, there have so far been no real challenges, continues Yildiz. But what of the competition? In a country that has over 30 news websites already established, most of which are in Arabic, the competition for Yeni Medya’s team will be very real. "Our technical expertise is very strong," says Yildiz, arguing that their in-house style has set them ahead of competitors in Turkey. "We are confident that we will achieve the same in the Arab world." 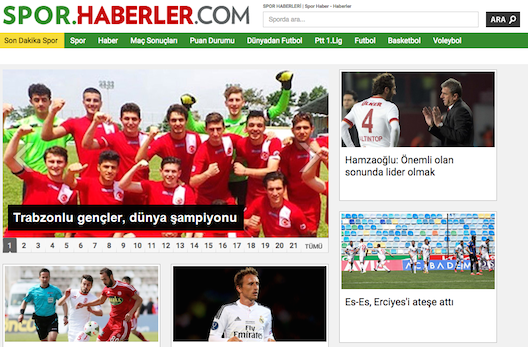 With 10 main sections about 50 sub-sections cover sport to celebrity news to politics.

New kids on the block

Aside from importing soap operas centered around Ottoman period dramas, a news portal from Turkey is a new move; until this point it has been about food. Yemeksepeti, Turkey’s market leader in online food delivery, has been easing its way into the region, one country at a time, since 2012 when they received a $44 million cash injection from a US-based private equity firm.

Successful platforms from outside the Arabic speaking world launching have included LinkedIn making its Arabic debut in February, and at some point this year we are supposed to see an Arabic version of Huffington Post.