Jordanian NGO Leaders of Tomorrow (LoT) was recently doing some research on the history of local economic reform.

It brought them to the conclusion that Jordan was prioritizing foreign investment as a way to promote economic growth, but at the expense of assisting SMEs and entrepreneurs - the very backbone of its economy.

“One thing that always came up during the process was that foreign investors, as well as some large local investors, are usually given the chance to jump over all of the obstacles, bend laws and receive large incentives,” said LoT project manager Haytham Al-Kukhun.

“Meanwhile, local SMEs forming 96 percent of the economy and producing over 50 percent of the GDP are facing high taxes, continuous inspections and laws that are designed to serve large foreign investment instead of helping SMEs grow.”

Foreign direct investment (FDI) is investment made by a foreign entity into a company or entity in another country, usually for a controlling interest in the business.

In practice, FDI usually occurs when multinational corporations invest in a country by setting up factories or acquiring an existing company. An example is the Kuwait-based telecom company Zain Group purchasing Jordanian telecom Fastlink in 1994 and turning it into Zain Jordan.

FDI can also simply be an angel investor from Silicon Valley investing in a small tech startup in return for a controlling influence.

Some economists consider FDI as an essential way to spark economic growth in an emerging economy, according to ‘Foreign Direct Investments in Jordan’, a report in the International Journal of Business in 2013. Others are less optimistic, considering FDI as a modern manifestation of colonialism.

But the effects of foreign investment in Jordan, especially on SMEs and entrepreneurs, are less straightforward.

Time for a debate

So, LoT decided to stage a public debate on the matter, focusing on how foreign investment is affecting SMEs which account for about 98 percent of all Jordanian businesses.

Entitled “Foreign Investment has not served the Jordanian Economy”, the event at the end of February was part of the Diwanieh debate series, an initiative created by LoT. The debate was also part of the EconRAD project, a joint initiative between LoT and Adam Smith International.

Prior to the debate, Al-Kukhun asked the crowd for their opinion on the topic. A show of hands revealed 19 percent of attendees thought foreign investment was hurting Jordan’s economy; 25 percent thought it was helping; the remainder had no opinion. 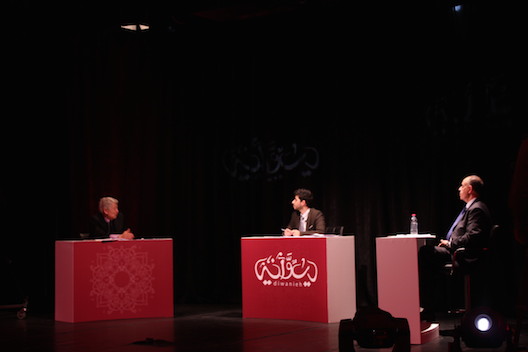 Dr. Kanaan (left) and Dr. Halaiqa square off at the Diwanieh debate. (Image via Samuel Wendel)

Jordan began aggressively pursuing FDI in the late 1990s, when it liberalized trade restrictions and adopted a policy of privatization and formed the Amman Stock Exchange (ASE).

It also created special economic zones designed to attract multinational corporations by offering benefits such as 100 percent foreign ownership and allowing up to 70 percent imported labor.

One example is Qualifying Industrial Zones (QIZs), special free trade areas established in Jordan in collaboration with the US and Israel designed to attract FDI from multinationals.

Another example is the King Hussein Business Park in Amman, which has used Jordan’s FDI-friendly Development Area Law to convince tech companies like Hewlett-Packard, Microsoft, Samsung and Cisco to set up offices.

By the mid-2000s, Jordan was among the top-three MENA countries in terms of attracting FDI inflows.

Early in the debate, LoT founder and director Sami Hourani - the moderator - bluntly asked the panel whether this pursuit of FDI came at the expense of Jordanian SMEs, who haven’t outwardly benefited from these economic policies.

Halaiqa responded, saying that all countries in the world pursue FDI and that Jordan is no different. “But this should not be at the expense of the national economy,” he said. “It should be added value.”

In rebuttal, Kanaan positioned that finding FDI is a “fantasy” for Jordanian SMEs, and that the country must prioritize large projects that will attract it.

How attracting FDI has affected SMEs and entrepreneurs

The moderator responded by probing whether adding value from FDI was worth neglecting local SMEs, noting the success of ecommerce startups like MarkaVIP - and how many companies like it eventually move their operations to the Gulf, taking their value with them.

One reason SMEs move or expand to the Gulf is due to the small size of the local consumer market, but some startups also relocate in order to find investment, citing lack of access to funding as an issue.

In defense of FDI, Kanaan positioned that SMEs can’t trigger the needed growth in the national economy. “You cannot rely on [SMEs] alone,” he said. “You need large projects.” 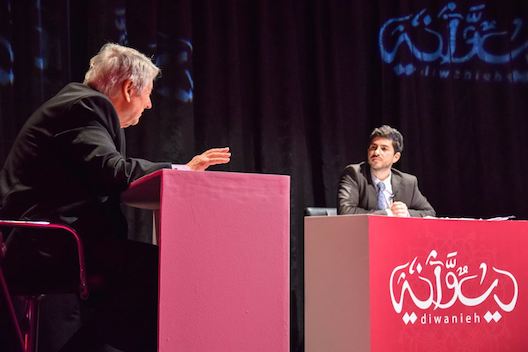 Kanaan making his argument for foreign investment. (Image via Diwanieh)

“Jordan is colonized by Kuwait,” quipped Halaiqa, noting that the Kuwait-based telecom was partially responsible for jumpstarting the local ICT scene through its investment in Jordan.

Large foreign telecoms like Zain and Orange played a major role in improving local Internet infrastructure and establishing 3G networks in Jordan, without which many successful ecommerce and mobile app startups could not exist. Zain has also encouraged Jordan’s entrepreneurial community by setting up startup support services like Zain’s Innovation Campus.

But overall, the positive effects of FDI in Jordan have largely bypassed SMEs and entrepreneurs.

So far, FDI in Jordan has trended towards large-scale projects, like QIZs and heavy industry such as the extraction of phosphate and potash, two of the Kingdom’s most abundant natural resources. But even for these ventures, some say the overall effect of FDI hasn’t secured desired results.

According to Foreign Direct Investments in Jordan, the benefits of foreign ownership on firms listed on the ASE “have been mixed and tilt more toward no effect.”

But it’s not all bleak for entrepreneurs. After Yahoo! purchased Jordanian startup Maktoob in 2009, more enthusiasm for supporting entrepreneurism emerged.

In 2010, the King Abdullah II Fund for Development invested in the founding of startup accelerator Oasis500, jumpstarting an SME economic renaissance in Jordan - although this mainly benefited ICT startups.

Looking to the future, Halaiqa conceded that Jordan should transition into being a knowledge-based economy. “This should move in parallel to attracting FDI,” he added.

After closing remarks, a Diwanieh spokesperson again asked spectators their opinion of foreign investment. At the close 25 percent of the audience thought FDI had a negative impact on Jordan and 33 percent thought it was good. But the vast majority, 42 percent, were still undecided.