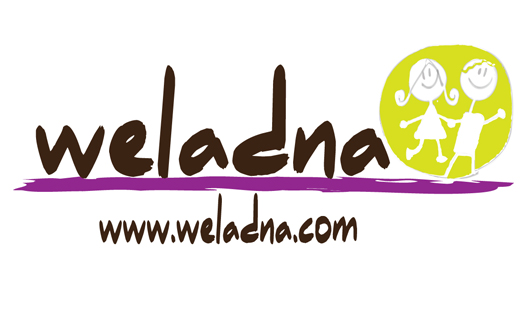 “When you do not know your roots you get lost,” says Fatima Azmy, an Egyptian entrepreneur who became frustrated with the lack of cultural and social awareness among kids in Egypt's schools.

Along with co-founder Maissa Abdel Rahman, she decided to make a change, by launching Weladna in September 2012, an e-commerce site that sells custom-made educational products that teach kids about Egyptian culture. The site also encourage the exchange of education products as well, with a secondhand market where parents can sell and exchange used educational toys, while a calendar listing keys them in to educational and cultural events in Egypt.

Deisgned to entice children, the platform itself is very colorful, offering basic cartoonish drawings that children can relate to, beginning with its homepage which resembles a white board decorated with colorful post-its and drawings.

The co-founders' goal with Weladna is to make learning fun and enjoyable for children, as its introduces games related to Egyptian culture, in three categories.

The first category, called MAG-Know, offers two games. The first is a board game called Baladna (meaning “our country” in Arabic), which teaches kids about the traditionals of Egypt's various regions with a family game that involves flash cards.

The second game in this category is an innovative reward board that uses magnets to teach kids to communicate, cooperate, and negotiate while parents offer them feedback. Essentially, parents reflect a child's behaviour, mood, play time, and meal time, by placing smiley or sad faces in each category.

The second category is called Room in a Box, a colorful line of accessories for children's rooms. The box contains accessories for kids rooms such as bedding, curtains, lamp covers, stickers, switch covers and pillow covers. All items are made of local material and designed and manufactered locally as well. "Kids get bored quickly from their rooms," says Azmi, this is why the accessories can be applied easily and fast and removed the same way so that children feel there is a change in their rooms' decoration. “You put in on in ten minutes, you take it off in ten minutes and it is for 10% of the average room accessories cost,” adds Azmy.

Finally, the secondhand market is a category that was slow to start but has gained traction this year, with a couple hundred users having sold and bought products through it.

Despite not running a single marketing campagin, the founders say they are breaking even. "We did not need to reinvest from our own money since the launch in September, and the platform is showing growth,” says Azmi."

Given the high rates of Cash on Delivery (COD) orders in Egypt, which can reach 80-90%, the founders haven't seen the need to support online payment; right now all orders are COD. This has caused difficulties with their customer tracking, however, that they are now fixing.

The challenges of e-commerce in Egypt

The political situation in Egypt made Weladna's first few months difficult as the sales numbers were very low. In February, things began to improve, and the team won Synergos's “Pioneers of Egypt” award, and then signed an exclusive deal with Virgin Megastores to display their products. “The deal with Virgin opened a new window and opportunity for us since the location is in an area of Egypt where we had little distribution,” says Azmi.

To build an international customerbase, the Weladna team also sells its products on both Dubai’s Mumzworld and Egypt’s Styletreasurekids, e-commerce websites that sell baby and kids products. They contribute to the parenting community by posting introductory videos on how to use the magnet Reward Board on Egypt's Supermama, the first Arabic online parenting community.

One major challenge, however, has been manufacturing. While the startup choose to work with local factories to support local production, quality and punctuality are difficult to enforce. “The factories do not give much care to the quality, whereas we are perfectionists,"  explains Azmy. "Educating those in charge about the importance of quality has been our biggest challenge.”

The two co-founders don't want to limiit Weladna to e-commerce alone, however; after all, the process of cultural education has a broad scope. To work directly with schools, the two co-founders are preparing a program called Ana Masri ("I am Egyptian" in Arabic) which will teach kids from age 4 to 10 about Egyptian culture and social traditions. Based on an educational board game designed by the Weldana team and produced locally unders their supervision.

Ana Masri will focus on cartoonish pictures and images and a game of guessing to support teachers while telling the students the story of Egypt. The students will guess the name of the region where the type of clothing they see on the cards comes from.

As Weladna is the first education e-commerce platform in Egypt, it doesn't face much competition. But the education sector in Egypt has been witnessing a slew of new initiatives lately, whether offline with the launch of The Green Community School that offers alternative quality education for low prices, or online with initiatives like Tahrir Academy that aims to crowdsource audio and visual content for users, and Nafham, a free educational site that provides Egyptian students with innovative new curriculums.