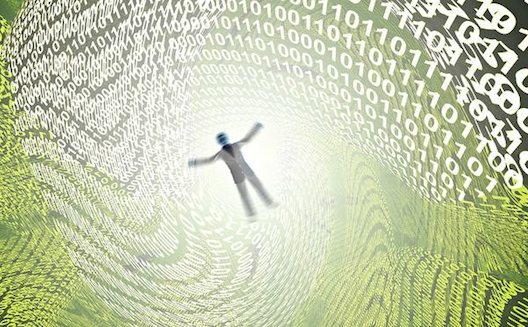 Can you make data science work for your business? (Image via Alamy/Carol and Mike Werner)

“Data is the new oil,” says big data expert David Buckingham. “We need to find it, extract it, refine it, distribute it and monetize it.”

In order to implement such a process and the technology needed to handle it, a workforce needs to be recruited. As a result ‘data science’ has emerged as a new profession dedicated to managing and using the overwhelming volumes of data produced by humans.

According to a 2015 Voucher Cloud infograph, 2.5 quintillion bytes of data are generated every day. This would fill 10 million Blu-ray discs, the height of which stacked, would measure the height of four Eiffel towers on top of one another.

So, data science is becoming a necessary tool, not only because data is existing in massive volumes and in an unstructured and unorganized form, but because with the possibility of archiving actions, human behavior is now more trackable than ever before.

“There are patterns that govern changes in human affairs and culture,” said data scientist Ali Rebaie during a Skype interview with Wamda. “Understanding and drawing power from these universal patterns in both scientific and metaphysical ways, is what data science is all about.”

How is data science good for business?

Data scientists typically work with archived data that displays actual customer behavior. They then find hidden patterns that can eventually be used to build algorithms. For example in telecommunications, data scientists study the history of customers who quit their service to try to find patterns on why they did so.

The algorithms are then applied to a different set of data in order to produce predictive analysis on customers who might quit. Finally, prediction allows the company to fix its marketing strategy accordingly:

1. Customer acquisition. In ecommerce, data science focuses on acquiring customers through targeted advertising that depends on the algorithms’ prediction of a customer’s taste.

2. Customer retention. For example a telecommunications company can use data science to predict its churn rate and reach out to unsatisfied customers in order to make their experience better. This is what STC data scientist Fateh Bekioua confirmed. He said they tried to increase customer retention and decrease the churn rate by targeting customers, who are predicted to upgrade or quit, with specific campaigns.

“The system learns the customer’s behavior and starts personalizing the user experience” said Mahmood Jalajel, data scientist at shopping assistant platform Blue Kangaroo. “For example, if you are interested in electronics more than fashion, your daily feed would display electronic devices instead of clothes.”

While some customers might consider this strategy as limiting their options, Jalajel said that although “this is a valid concern, [at Blue Kangaroo] we always try to keep the balance between personalization and discovery”.

Jalajel also noted that data science increased the efficiency of advertising and minimized its costs since customers could easily be tracked and targeted through automated intelligence.

According to Jalajel, data science had revolutionized advertising by focusing on customer behavior rather than customer demographics. What was more important for a company was to know whether or not a 20-year-old university student customer should be categorized as liking fashion, or that she or he, actually likes kickboxing.

3. Monetizing on insight. Although companies use data as a tool to achieve higher customer retention and acquisition, data can also be used as an ends rather than a means.

For example in weather forecasting, the whole business is fundamentally built on data. It is meaningless without the numbers. In other cases, such as telecommunications, data can be used to derive insights that can be sold to other interested businesses.

Bekioua believes that selling data, especially to retailers, solves an alarming problem facing the telecommunications sector. Telecoms were having less and less revenue, he said, because customers were no longer depending on voice calls which was the most important revenue stream; instead they were switching to social media. Therefore, telecoms needed to explore other ways to make money and data was one option.

Arabia Weather had to build their own data based management system - each day they deal with 16 terabytes of data. “It’s taking a lot of time to get people to understand what the science of data is,” said Yousef Wadi,chief weather technologist. It required a lot of skill sets that were absent in Jordan but slowly increasing, Wadi said.

“There’s a strong demand for data driven skills in the regional market. [With data science] people will be able to get better jobs, and so it will lead to a socio economic development,” he said.

Although it is still in its early stages, data science has been recognized by many organizations and companies across the world. These include: Data Science Bootcamp by JOSA in Jordan, Data Driven Innovation in Egypt, Data Aurora, KDD in California, Smart Data Summit in Dubai, Big Cloud, SorIT, and Quant.