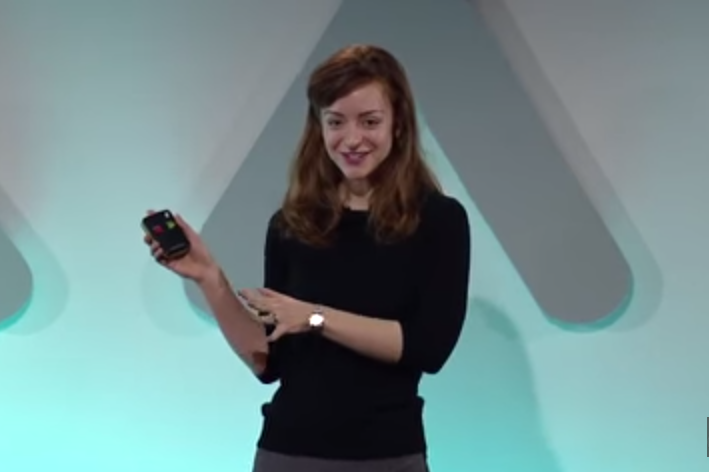 Leslie Dewan giving a presentation on how to get power from nuclear waste at Solve for X in 2014. (Image via. YouTube)

When Leslie Dewan launched Transatomic Power from Cambridge Massachusetts, her startup that would manufacture a new type of nuclear power generator that operates on nuclear waste, it was the culmination of an idea that originally came to her three years prior while a student at MIT.

Speaking to Wamda, Dewan said that the two nuclear disasters of the 1970s and 1980s - Chernobyl and Three Mile Island - put an end to the careers of many engineers, and prevented new ones from joining the field. “Years after these two incidents, the world still hasn’t witnessed the emergence of many nuclear engineers, and those who had majored in the field worked hard to avoid failure as much as possible, which reflected on the industry and prevented any significant progress.”

However, Dewan believes that she belongs to a new generation that has put these two disasters behind them and is fully aware of the need for a new type of energy. “Besides solar, hydro, and wind energy, people realize today that nuclear energy is a very important piece of the puzzle,” she explains.

Dewan believes that “failure is closely tied to innovation because it’s where all the interesting things happen, which needs a lot of studying and examination.” There’s no doubt that failure is an unpleasant experience; however, the most important part is to learn and benefit from it.

There’s no doubt that entering a field such as nuclear power generators isn’t easy, where failure probabilities might be very elevated. However, Dewan accepted the risk and gave us a few tips on learning from failure: 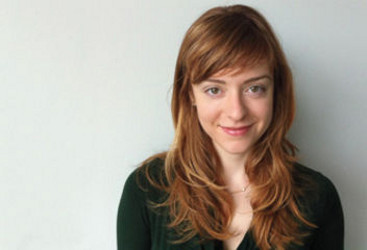 1. Overcoming the stigma of failure: It’s hard for any entrepreneur to change the environment in which they live, which often stigmatizes failure. However, they should work to overcome this. “During my studies at MIT, I met many students who were brilliant, and even the best in their universities, but who were now failing at MIT, as if it was a slap to their pride. However, this did not stop them from persevering. In the end, you are judged by your ability to deal with failure and to get up again,” she says, adding, “having been raised and taught in an environment where it did not matter whether or not you failed, but rather how you dealt with and learned from failure helped me a lot to become an entrepreneur.”

2. Having a multidisciplinary approach: Dewan believes that innovation is the interaction between multiple disciplines, and urges all entrepreneurs to diversify their specialties and interests. Personally, she focuses on a number of areas in order to expand her horizons, even if those areas weren’t always related to her specialization; this meant also delving into nuclear, mechanical, and chemical engineering.
3. Finding ways to overcome challenges: The most important thing is to find innovative ways to overcome the obstacles that face any startup in order to move forward. Dewan told us that technology was the easiest part in her journey. The hardest was the organizational aspect in the US where there are no “ways” to design sophisticated nuclear reactors at the moment.

Among the solutions that Dewan and her team had to come up with was the ability to operate the main reactors on natural gas in order to avoid addressing the legal aspect of dealing with nuclear waste. So, the team has to either find a way to build a model of the plant in the country or to look for ways to build it abroad. She also believes that one of the biggest challenges was the securing of funding, especially as the nuclear field only pays off in the long run and needs a lot of capital, which frightens VCs. However, the startup was lucky and found an investor interested in the field.

4. Taking small but steady steps: The end goal of Transatomic Power might be to build nuclear reactors that entirely operate on nuclear waste, however, the team quickly realized that attaining success requires moving slowly and taking many small steps. Her advice on the matter is to “find the viable stages or aspects in your startup, and then to build on them the strategy and business plan.”

5. Not being afraid of competing with big players: Dewan believes that any entrepreneur is capable of creating something new, and of offering innovative initiatives even in important and big sectors which are often monopolized by big companies. 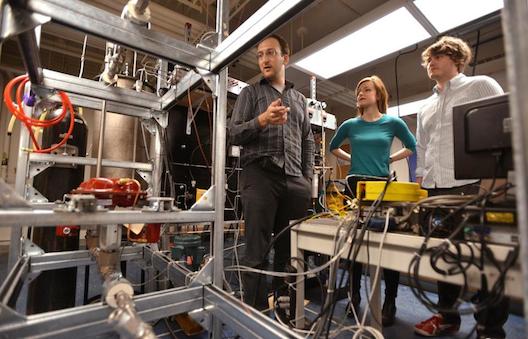 Leslie Dewan and Mark Massie consult with Michael Short of MIT. (Image via Josh Reynolds for the Boston Globe)

So, regardless of the field your startup is in, eliminating fear is always the key to moving forward, achieving success, and making a difference in this world… even if this means delving into nuclear waste.