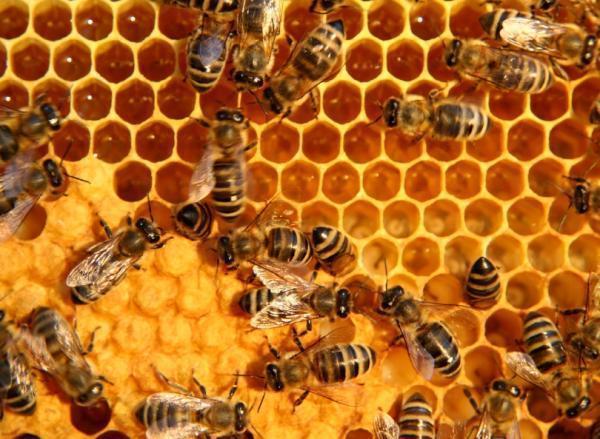 In July 2014 Khaled Bouchoucha quit his job as a fleet engineer manager at aeronautic company Sabena Technics to start his own business working with… bees!

“From airplanes to bees- both are flying,” laughs Bouchoucha. Though the similarities ended there he took a leap of faith, quitting his job before the first investment was secured, and seeking to establish the first company in Tunisia using technology to boost beekeepers’ productivity.

The idea first came when Bouchoucha’s father complained about his bees dying.

“What if we put an electronic card within the hive to monitor its conditions?” he suggested. His father laughed and thought he was crazy. But the idea was born and since then Bouchoucha has received investment from five different partners and the awards keep on coming. 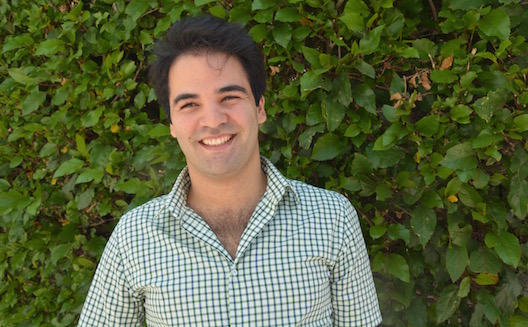 For Khaled Bouchoucha, the office is outside. (Image via Christine Petré)

The young entrepreneur quickly identified two problems on the beekeeping market: management as well as distribution and expertise. By embedding electronics IRIS Technologies seeks to find and fix these challenges.

An electronic card in each hive will monitor temperature and humidity, sending all data to IRIS, which analyses the result before sending recommendations to the beekeepers via SMS. “If it is too humid for example in the hive it will affect the quality of the honey,” explains Bouchoucha.

Another important part of the service will be a security kit, which will include a GPS. An SMS is sent if the hive is being moved, which may prevent hives from being stolen, a common problem in Tunisia.

Originally the idea was to sell the service to the beekeepers but many were sceptical.

“Many beekeepers don’t believe in technology,” Bouchoucha said. It has taken time for him to build trust with that community and he has been forced to adjust his original concept into offering the service for free, including, for example, the cards that monitor the conditions in the hives.

A bee keeping training centre will also be established. “It’s very important,” Bouchoucha said. “You can’t give a Ferrari to someone who can’t drive.”

Putting Tunisia on the honey map

these efforts are important, insists Bouchoucha, because the potential of the Tunisian honey market is huge.

According to the National Institute of Statistics, Tunisia's honey exports are worth $52,500 yet the country imports $1.1 million of honey from China and Spain. The annual national average of honey productivity is 8kg per hive, whereas the European equivalent is 30kg per hive.

The 16,000 beekeepers in Tunisia, most of whom are amateurs who care for their hives in their spare time, can do much better when it comes to quality and productivity, argues Bouchoucha.

There is a lack of a quality honey brand, he says. To fix that, he plans on buying honey from the beekeepers who use his technology to improve and increase production, and package and distribute it to customers across the world hoping to make Tunisian honey famous especially in Europe. 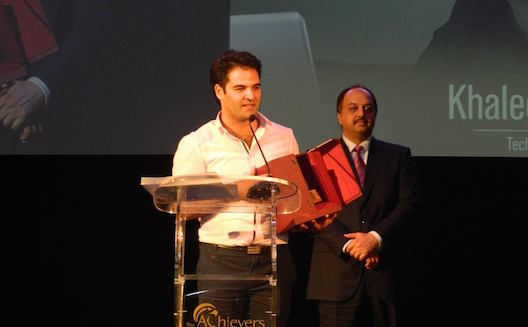 Bouchoucha receiving the entrepreneur of the year award. (Image via IRIS)

With a great vision, you can attract great people

“I didn’t know anything about business,” Bouchoucha says about starting the business. “I only had Google.”

But Bouchoucha had a clear vision and in just one year he has received awards including the Tech Entrepreneur of the Year from the Qatar Friendship Fund.

And the success is owed it to the people surrounding him. Having a mentor is as important as having money, he says. In becoming a fellow at Enpact, the not-for-profit organization building economic ties for startups, he was assigned a mentor based in Germany.

One particular lesson he's learnt was to not rely on one investor.

“Investors can be like sharks,” says Bouchoucha, explaining how they have power to use entrepreneurs who may not know the legal or business side.

One year later, the team has grown to a total of seven members.

“We have a good team and we believe in what we are doing,” says Marwa Hassoumi, CTO for the last seven months. “Improving and optimizing is our constant aim."

At the moment IRIS is still in a testing period with 10 beekeepers. There have been requests for buying honey already but Bouchoucha has refused. “Not until it is perfect,” he explains.

“I follow the philosophy of Steve Jobs,” he says and smiles. “After seven months of testing, the device is good and the result is alright but there is still room for improvement."

The bees are only the beginning: next, Bouchoucha would like to bring technology to the wider agricultural sector, an important sector for Tunisia, where technology could increase both quality and productivity.