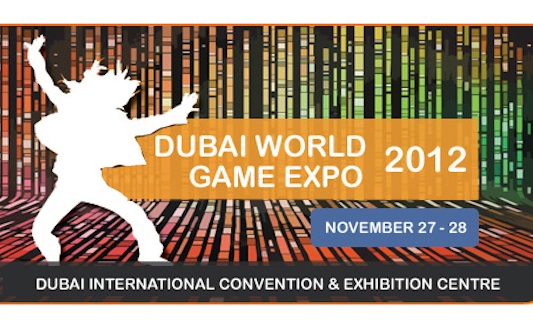 The pervasive call for improved infrastructure and regional unity in the Middle East is not a new trend. But at the 4th Dubai World Game Summit on November 30th, both causes gained a new advocate: the region’s budding gaming sector.

At the Summit, also known as the Game Expo, several of the region’s heavyweights came together to discuss how gaming is playing an increasing role in shaping regional economics as well as young minds.

Sidar Sahin, founder of the young gaming sensation Peak Games, opened with a keynote speech that highlighted the ways in which gaming is “transforming” the region, creating jobs and an entire new industry. The sector’s boom is easy to see for Peak Games, which has seen revenues grow by just under 6000% in the past year.

Introducing the first major theme of the Summit, Sahin emphasized his vision for “one region,” clarifying that he would not call Arabs and Turks “brothers and sisters” because they are “one and the same.”

In the following talk, Nour Khrais, Chairman of the Jordan Gaming Task Force and Founder of Maysalward, further emphasized that the key to success is collaboration, locally and regionally. Khrais puts his money where his mouth is: locally, through his efforts with the Jordanian Gaming Task Force, and regionally by leading the signing of a Memorandum of Understanding between the Task Force and the Turkish Gaming Association. Maysalward’s first outside investment also came from Turkey’s Timar Ventures.

Khrais emphasized that competition is in fact healthy, and in most cases, the risk of not collaborating trumps the risk of coming together to solve problems faced by the industry as a whole.  Others, such as Sony and Ubisoft, urged the development of games with a “regional touch but with a global appeal.”

The second theme broadly discussed was that that Middle East is in fact “rich with talent” but lacks the infrastructure and required knowledge to create a strong gaming industry. Prof. Louay Khraish of AUD clarified that “talent and creativity are there, and plentiful, but there is a clear lack of knowledge on how to translate good ideas and concepts into a reality,” including a lack of courses in the region’s higher education institutions. Yannick Theler, the General Manager of Ubisoft Abu Dhabi, echoed this idea, noting that one of the reasons Ubisoft recently established offices in Abu Dhabi was the company’s acknowledgement that “talent was already here, but there was no outlet for it.”

Additionally, most investors in the region lack the maturity to support a gaming scene, said Khrais. Investors are all looking for “quick gains”, which is incompatible with the creative process of game development and the patience needed for returns on good games. Khrais highlighted the King Abdullah II Fund for Development’s recent “App Challenge” for high schoolers, as an example of a method for building developers’ problem-solving skills.

In fact, he general lack of infrastructure pushed him to start his company remotely from France in 2003, before finally moving back to Jordan this year, he said. “I was faced with a dilemma between moving back and being close to the team in Jordan, or staying in France (close to Europe and all the gaming experts) to ensure I could transfer all the needed knowledge to them. I needed to learn as much as I could first so I could move on teach my team,” he said.

Generally, keeping a regional focus seems to make sense both for Turkey and the rest of the players. Turkey is the fourth-largest Facebook market, with more than 30 million users, rivaling the MENA region’s collective 38 million, according to Logicks. Cooperation between businesses across the entire region will provide a larger and more accessible market base, in addition to much needed knowledge transfer and expertise.

The movement is already under way. Peak Games opened its first offices in the Arab world in Amman three months ago and is now looking to move to a bigger office. More time will be needed to understand how Arab development teams weather competition from Turkish developers, but Turkish expansion in the Arab World or vice versa will create jobs on the whole.

And infrastructure may be lacking, but the signs of change are very promising. Theler commended twofour54’s efforts in fostering a strong “media ecosystem” in the UAE. In addition, recently-established “gaming labs” in Amman and Irbid in Jordan are already showing results.

One example of fledgling success is MY3DH, a gaming start-up that was developed at the gaming lab in Amman with the support of the Jordanian Gaming Task Force. The company, led by managing director Ahmad Khalaf, is currently working on Project Hero, one of the most ambitious and promising games at the Summit, coming to Sony’s much-awaited PS Vita platform in the 2nd quarter of 2012.

Another exciting development for Jordan was VP Research & Development of Sony (Europe) Paul Holman’s announcement of Sony’s new publishing partnership with Jordan’s Quirkat, although he didn’t disclose any details about the upcoming game.

The gaming scene in the Middle East has a long way to go, but the beginnings are promising, and in the words of Ahmed Khalaf, it’s time for game developers to “stop thinking about it and start doing it.”