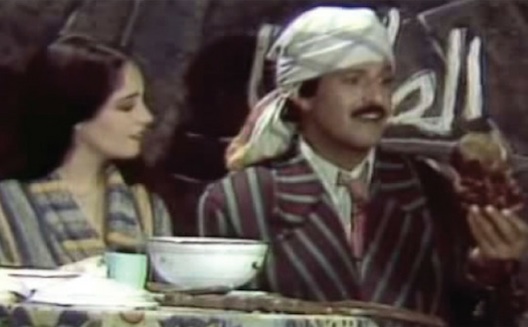 It remains to be seen whether there is a viable market for video-on-demand services in the Middle East, like those that Hulu provides in the U.S; currently, serving up digital video content online tends to be easier for sites like MBC's Shahid.net, thanks to their direct links to TV content and advertising.

Yet if any platform is out to push the boundaries of video content consumption in the MENA region, it's Istikana. Today the Jordan-based startup has announced a deal with Samsung Gulf Electronics to offer over 30,000 hours of their online video content through Samsung's Smart TVs. This makes Istikana the first VOD platform to make the transition to the TV screen.

The deal follows on Istikana's earlier partnership with Arab Radio & Television to expand its trove of unique trove of classic and mainstream material that hasn't been aired on TV or DVD. Istikana's niche, relative to other VOD platforms like Cinemoz, is offering mainstream material that includes cartoons, films, documentaries and Arabic dubbed international TV series.

For Samsung, it's a chance to expand their offerings on the Smart TV platform, which launched last March. “The demand for Arabic content is rapidly growing in the region, however content is limited. Our partnership with Istikana will give our consumers the unique chance to access one of the largest premium Arabic content libraries in the region," said Vinod Nair, General Manager TV Business, Samsung Gulf.

For Istikana, it's a chance to expand beyond their digital and mobile offerings to step into a new VOD realm. "Smart TVs are the future for VoD delivery," said Istikana founder Samer Abdin. Istikana's videos will also be available on Samsung's 250 Smart TV applications.

"Samsung Smart TVs are the most popular smart TV product in the MENA region," said Istikana co-founder Tareq Abu-Lughod. "Having the Istikana application on Smart TVs will expose the content to a wider audience, and make viewing videos easier and more social. Our app is a smart application, so if you're watching a video on the app and you leave, the application will remember where you stopped and can resume from there. Eventually users will  also be share and comment on content on social networks."