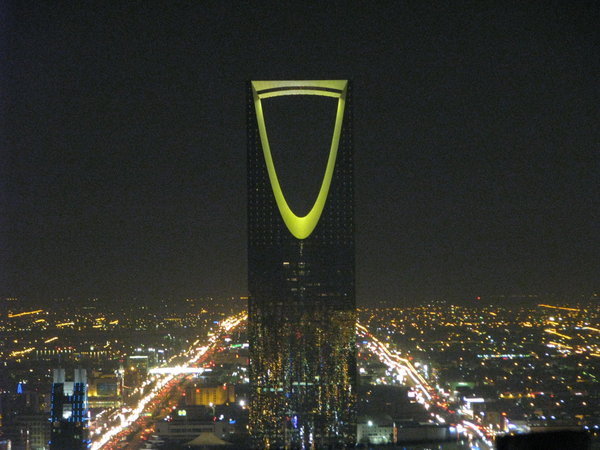 As entrepreneurship awareness builds lately in the Arab World, Saudi Arabia, with its abundance of free capital and interest among the youth in new business, is poised for startup growth. Many leading entrepreneurs in the region also have  set their sights on expanding into the Saudi market, especially in web and mobile fields, given that Saudi Arabia has the highest rate of smartphone penetration in the region, at 62%.

Based on these factors, we asked entrepreneurs from Saudi about what they think of entrepreneurship in KSA in its current state. Here are their answers.

Mohammad Badawi, a Saudi entrepreneur of Palestinian descent, and co-founder of many startups, including SocialHub, a social media and competitive strategy company developing smartphone applications, explained that 2008 witnessed a revolution in startup projects in Information Technology in KSA. The way he describes it, the term ‘entrepreneur’ was not widespread at that time, and only became common in mid-2009 as more local youth projects, startups and investors emerged.

“We are now completely aware that we are somewhat behind the global progress, but what has been achieved in four years is considered a quantum leap, as we have started to witness the results of our hard work through many international celebrations and even in conferences and youth discussions. All I can say is that KSA is starting to speak the entrepreneurship language,” added Baddawi.

Entrepreneur Saleh Al Zaid, founder of LunarApps, agrees with the point of view that the entrepreneurship scene in Saudi Arabia is still in early stages. “The entrepreneurship environment is still not quite developed, but current entrepreneurs, interested investors, initiative supporters, and incubators are trying to build up the ecosystem. We still need a few years to build the appropriate investment environment in the technology and web services industry,” he says.

Abdel Rahman Hariri, CEO and co-founder of Hayyakom, started his entrepreneurship journey in the U.K. Based on his experience there, he believes that the Saudi entrepreneurship scene needs to invest more in business incubators and accelerators, and organize more entrepreneurial events and occasions.

“To encourage entrepreneurship, a safe environment must be provided to allow entrepreneurs to present and discuss ideas without fearing that their concepts will be stolen. Otherwise, most entrepreneurs will avoid working with co-founders, although studies abroad indicate that co-founders are a very important factor in boosting startup success,” says Hariri.

“The Interest of Both Public and Private Sectors has Increased”

Abdullah Obeid, Founder and CEO of Altqniah Al Mubaraka, thinks, however, that the Saudi entrepreneurship scene has been blessed with some factors that have made it one of the best in the Middle East, both economically and socially. “The interest of both public and private sectors has increased in the past few years, and we can see that through the many projects supporting local entrepreneurship, such as entrepreneurial incubators, accelerators, conferences and competitions. But we still have a lot to do to create a worthy local entrepreneurial environment that can launch its initiatives into the world,” he says.

On another hand, Rakan Al Eidi, CEO of Endeavor Saudi Arabia, which supports entrepreneurship efforts in the KSA, believes that the entrepreneurship industry is just starting to develop now. Al Eidi attributes this transformation to public sector investment in human capital and local development, as well as the efforts that universities and public sector entities have made since 2006 to raise awareness around entrepreneurship.

There are currently around 30 entrepreneurship sponsors and supporters in Saudi Arabia contributing to this development, says Al Eidi- prominent examples aside from Endeavor include the Badir Program for Technology Incubators and the Keystone innovation program.

However, the biggest barrier to growth, in his opinion, is repetitiveness and the vagueness surrounding entrepreneurship, for many young people trying to establish their own businesses. This is due, much like in any new and uncertain industry, to the overlap between many entrepreneurship supporters, which even leads in some cases to a conflict of business and interests.

“Entrepreneurs struggle today, in KSA and the Arab world, in a culture which still glorifies and promotes secure jobs and steady income, and which perceives entrepreneurs as untrustworthy risk takers, creating thus an obsession with failure for many who have already started their business or wish to,” he says.

Today, entrepreneurs seem to have a good chance in Saudi Arabia, considering the number of parties investing in their development and the enthusiasm of youth. Although youth often lack experience, strategic relations and mentors, and only have their personal knowledge, as the ecosystem grows, they will hopefully find support from media outlets willing to expose the increasing number of success stories.

Wamda's Mix N' Mentor will be coming to Riyadh on May 30th. Click here to learn more and register.