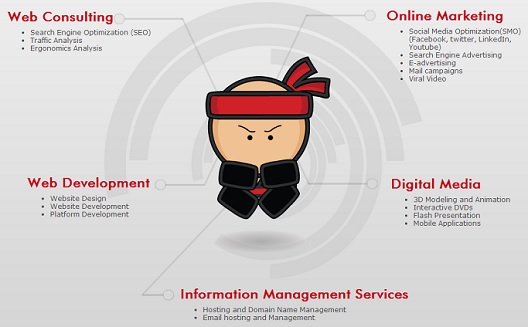 Sometimes the startups seeing the most steady returns aren’t the ones that are popping up in the news, but just those with a solid model and good services.

One such company is COM FU, which has been turning profits in Kaslik, Lebanon after being in business for nearly three years. Launched in 2011 by cofounders Matthew Khoury, Mark Khoury and Ralph Aoun, COM FU is a digital agency that builds websites for companies, apps for organizations, and social media campaigns for ministers.

Aoun was inspired to start the company after living in Silicon Valley in 2010. While working at Cisco, Aoun says he was able to “experience the startup ecosystem over there in San Francisco. It showed me the culture they have, so when I came to Lebanon I decided, with my partners, to try and create a different company culture in Lebanon that shares the values and ways of thinking in Silicon Valley."

Today, COM FU has been able to attract several notable clients- including Samsung, Barista, Poliakov and Lebanese Telecoms Minister Nicolas Sehnaoui, among others- generating steady growth despite the tremors in Lebanon and Syria. To make it all work, Aoun has followed a few basic principles:

Train your own team

In that vein, the team focuses on educating clients about the power of an engaged community over merely selling products.

“When you say ‘social media,’ companies and agencies focus a lot on the media part of it because it’s obviously a communication channel between them and the people,” says Aoun. “But we believe the social part is really important because brands are not really talking to consumers; they’re actually talking to and informing a community. When you have a community, your duty is not only to try and promote your brand, but also to raise awareness and create goals which you and your community need to work towards. This is what we try to talk our clients in to and luckily we’ve seen a lot of positive responses from them.”

Although it may not lead directly to profits, corporate social responsibility (CSR) can have a big impact on a brand's reputation and the community, and COM FU is hoping to encourage clients to start their own socially-minded activities. Such a focus has led COM FU to develop effective CSR campaigns for several of their clients. “What we do is we become an extension of our clients. We meet with them and brainstorm ideas. When we pick the right idea and timing for the brand, we go and implement it,” says Aoun.

Last winter, the team developed an e-card which allows users to send a branded Christmas message via e-mail and Samsung donated US $1 to Anta Akhi for each card sent. Likewise, COM FU has consulted on Barista's current campaign hailing the memory-improving benefits of coffee, called #Iremember; for every tweet using the hashtag, Barista will donate $1 to the Alzheimer’s Association of Lebanon.

“We believe that work shouldn’t only be about business and making money; it should also be about changing the lives of the people around you and having an impact on the community you’re in,” Aoun says.

Sometimes, even government officials want to better engage their audiences; COM FU has been consulting on the social media strategy for Lebanon’s Telecommunications Minister.

Aside from consulting on Facebook posts and community outreach, COM FU ran the “Be the Minister” campaign earlier this year, through which one winner won the chance to shadow Minister Sehnaoui for a day. Runners up were the first in Lebanon to test 4G on their smartphones. The Ministry's most recent campaign, “Lebanese Bloggers Reinvent the World,” saw one winning blogger from Gino’s Blog travel with Minister Sehnaoui to Silicon Valley to meet with major telecom players and thus encourage other bloggers in Lebanon.

Keep an eye on the next market

Partnering with high profile personalities and companies has helped COM FU build its reputation, but the company doesn’t want to limit its work only to Lebanon. Today, the team has its sights set on Africa.

“We’re doing our first research into Africa because we already have contacts and knowledge about the market there, which we think will give us an advantage over other companies,” says Aoun. “[The internet] has no frontiers and no borders. You can have your kitchen here in Lebanon with your tools and team, but work for the whole world through the internet.”

The company will focus on mobile, he says, thanks to the huge opportunity. While Sub-Saharan Africa’s mobile connections have increased 44% between 2000 and 2012, the number of smartphones sold in the region is also forecast to grow by 40% per year until 2017.

The team has already secured a few clients from Nigeria, where they will focus first before spreading to other countries. As they continue to expand, they are also hoping to export CSR to new clients in each country. “The challenge remains to move from small scale campaigns to [helping] businesses [transform] their cultures [to offer] a profound contribution through CSR,” says Aoun.