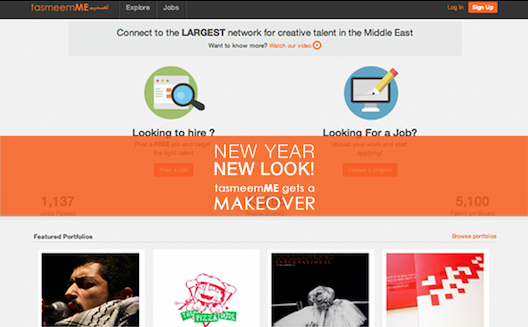 In the Middle East startup scene, we’re often all too aware of the dangers of hype lately. Positivity keeps founders motivated, but spreading the idea that things are supposed to happen quickly or easily can mislead entrepreneurs into having distorted expectations.

Saed Nashef of Sadara Ventures describes the conundrum nicely when commenting a cursory piece on the startup scene in Palestine yesterday, another in the “This is the next Silicon Valley” vein. “On the one hand, getting the exposure is great. On the other hand, it usually comes with a dose of hype, which could be detrimental,” he wrote in Mashable's comments.

In a profile on Forbes, Nashef makes the point more deeply:

“Building this kind of ecosystem can really change mindsets. It can really change culture and ultimately it can really change economies,” says Nashef. “The thing of it is that it’s not something that happens overnight, and that seems to be the thing that I struggle most to convey to people in the tech scene… we’re going to go through a bunch of iterations before we’re seeing the real nucleus of what will become a mature ecosystem for startups.”

When Nashef describes the “real entrepreneurs” who are going to fail, get up, and continue, he could be describing Jordan’s Noor El Fadl. El Fadl has led tasmeemME, a job search site for creatives, since 2010, enduring initial hype and then a lull to emerge last month with a new interface and new momentum.

In 2010, following the 2009 Maktoob deal, when Arabnet launched its first cozy, one-room tech conference in Beirut, El Fadl launched tasmeemME with a bang, winning the conference’s Startup Demo award, and then winning a spot as one of the Top Five Startups in the Middle East at CoE 2010. She quickly became lauded as a posterchild for the new Jordanian tech scene, a young woman in a jaunty short haircut and glasses, ready to reinvigorate the region with creative spirit.

Yet once El Fadl flew back to Amman after the conferences, she quickly hit reality. Winning a tournament did not lead to immediate investment. Conversations with local investors dragged on without definitive answers. Finding a developer who would stick to a schedule and build the features her team wanted was extremely tough. Testing how to entice customers while keeping some features behind a paywall took time.

When I caught up with tasmeemME in May 2012, right before they launched a design competition for the Palestinian Museum in Birzeit, were frustrated but optimistic. After securing funding from angel investors in 2011, they were bootstrapping; one strength was that they had secured a bright, cozy, well-lit space in Jabal Amman, that they were quietly making an unofficial co-working space.

Today, some of Jordan’s key entrepreneurs have joined that space, including Laith Zraikat, the laser-focused coder who co-founded Jeeran, one of Jordan’s veteran startups. After helping tasmeemME build out their platform this past year, Zraikat moved in with his entire team. Now, El-Fadl plans to open the space up to all tech startups. 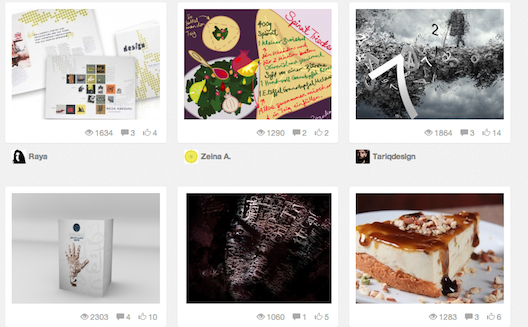 That energy has also helped tasmeemME overcome the major challenges they faced just a year ago. Their new interface looks a lot like Behance, the creative portfolio discovery site, with a simple design that puts the focus back on beautiful images, as opposed to job listings. This sets it apart from Akhtaboot, the Amman-based job portal, and Dubai giant Bayt.com. The site also now offers a job post management feature, where job posters can reject people, shortlist, and manage their applications.

After several iterations, the team has decided upon a "try before you buy" model: job posts will be free, along with a preview of job applicants’ work, but posters must pay, via PayPal, or cash-on-delivery (in Jordan) to connect with potential hires. Once users pay to unlock their applicants’ contact details, their post is also promoted on the homepage, and pushed out to tasmeemME’s social media channels.

The startup has also hired that elusive in-house developer, Khaled Hasania, who joins project manager and developer Haya Majali to complete a team of three. With their new model, the team is “making enough to keep going,” and focusing on building their word-of-mouth buzz.

Since the summer, site traffic is up 40%, bringing the total of media files shared to 55,000, with over 5,500 talents added and 1,200 jobs posted. Although many jobs are filled outside of tasmeemME’s channel’s, at least 400 jobs have been filled through the platform, El Fadl says.

The biggest lessons that the team has learned are that taking on feedback is crucial, and that, with a small team, it’s better to build slowly and get it right than proceed without testing. In line with good customer retention strategies, El Fadl reaches out via personal messages to “as many active users as I can,” she says. “I send them an email saying ‘Hey, what do you think of the process, how did it go?’ and they respond with feedback.”

But the biggest lesson has been to not grow too fast or fall prey to hype.

“There's a lot of pressure once something happens [like winning an award],” she says. “You feel pressure to raise money and build a big team. I started focusing on that instead of focusing on what I initially wanted to do. Now, I'm back to what I wanted to build, which is this product.

She agrees that to compare Jordan, or any part of the Middle East, to Silicon Valley, doesn’t always do startups a favor. “The ecosystem is trying to create as many startups as it can as fast as it can so that there's a track record,” she points out. “Yet Silicon Valley didn't have success stories overnight. Look at all of the successes that we have in the region; it took them over ten years.”

By encouraging a slow and steady approach, the hope is that tasmeemME now has a rock-solid foundation to accelerate, with the earnest encouragement of a nascent ecosystem. “Feedback has been very positive,” El Fadl says. “It’s been nice to see the support.”