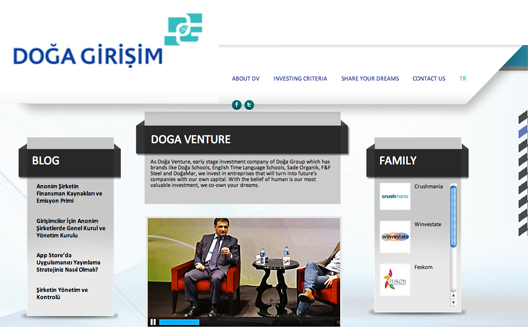 As a result of the country’s bruised economy, Turkish startups are struggling, just one year after The Economist anointed the country’s startup scene as The Boom on the Bosporus.

Yet at the same time, there's been more activity in the past week, when it comes to Turkish companies receiving investment and looking to enter new markets, than we've seen in a few months. As the Turkish lira weakens, companies that focus on international markets have been seeing action. M-commerce technology company Pozitron was acquired by UK's Monitise, and new gaming company Gram Games recently secured $600,000 USD in investment, led by HummingBird Ventures, to scale a new strategy game targeting Saudi Arabia. Hummingbird also previously invested in Turkish game developer, Peak Games, which acquired Saudi gaming developer Kammelna in 2012.

The fact that these companies are targeting the Arab world - whether due to the weak Turkish economy or simply as part of their international expansion - follows a trend that's been continuing for the past few years. In 2012, Turkish giant Yemeksepeti, a leading Turkish food ordering site, entered the MENA region under the name of FoodOnClick. Last year, several of the portfolio companies of 212 Capital Partners, one of Turkey’s leading early stage venture capital funds, announced plans to enter the Arab markets.

The latest Turkish VC to join ranks is Doğa Ventures, which has announced a new focus on investing directly in startups in the Arab world (in contrast to HummingBird and 212 Capital, which have often helped Turkish companies expand into their neighboring markets).

Another is gamified social network Crushmania.com, a social network that reached 100,000 registered users within three months. Now, the Doga Venture team believes the Arab world is home to developers and engineers with high potential to succeed in the international IT industry, and “having a very similar culture is an asset for us to work together,” says Özgür Bayraktar, VP of Web and Mobile Investments at the early stage investment company.

The vast fortunes being made on the internet has also been a lure for the VC: “After [international] internet companies recently began to go public with billion dollar valuations, Turkish investors started getting interested in innovative web and mobile technologies,” says Bayraktar.

Doğa Ventures was founded in late 2012 by famous Turkish businessman Fethi Şimşek, who over the course of his 30-year career has created businesses with a total value of $1 billion USD. Now, it is ready to invest $1 million USD per year in ideas and early stages companies that "have the potential to create economical and social value." It will offer investments between $75,000 USD to $150,000 USD and incubation space, for a 5 to 12% equity share.

For idea stage entrepreneurs, these ticket sizes - and valuations - are quite high compared to the funding offered by the region’s accelerators such as Jordanian accelerator Oasis500, which offers $31,000 USD for a 10% -20% equity stake.

Bayraktar promises that interesting applications will receive a reply within one week, as well as a potential plane ticket to Istanbul for a meeting.