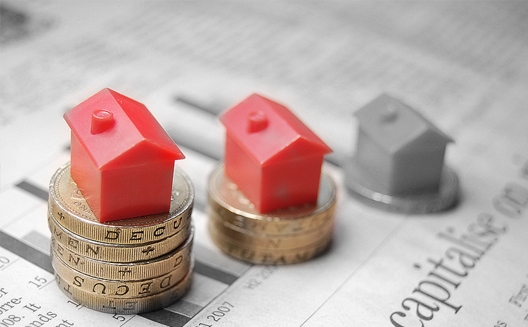 There’s still not much entrepreneurship activity in the MENA region, which makes it the focus of many investors and one of the best places for entrepreneurs to establish startups. During a meeting at Turn8’s Investor Demo Day held in January in Dubai, Brent Traidman, general partner in Silicon Valley-based Fenox Venture Capital asserted that countries such as the US, UK, and China witnessed a decline in Series A investment rounds in 2014, unlike countries like Malaysia, Indonesia, and Vietnam – and many MENA countries – which saw an increase of 10%.

Traidman says that "although the US and UK markets continue to serve well, Fenox Venture Capital chose to focus on emerging markets where we witness the biggest growth opportunities. We are directing our focus towards emerging markets such Southeast Asia and the MENA region where there’s an increasing penetration rate of mobile usage and social networks, and shortages in many areas, which makes it a fertile land for ideas and investment.”

He cites Waze as an example of the region’s capacities, saying: “The company saw the light in the Middle East and is now used on a daily basis in the US and has been sold for millions of dollars. That’s why I’m here in the region.” Traidman also cited deals such as Careem’s acquisition of Saudi Enwani, or even Cookpad’s acquisition of Shahiya for $13.5 million as examples that the region is growing and becoming more mature year after year.

Below, Traidman shares a few rules that every entrepreneur should consider when looking for or communicating with VCs:

“There are simple ways to contact investors such as Facebook and Twitter,” says Traidman, with an appropriate investor deck. Also, he says, entrepreneurs should be sure to get in touch with investors who have shown a specific interest in their own sector.

However, he emphasizes that more often than not, VCs are themselves looking for startups in which to invest, rather than waiting to be contacted. “I was the one who found some of the best companies we have invested in by searching through Android and Apple’s app stores. I also have partners in the region who search for startups in which I am interested during entrepreneurship events.” He believes that entrepreneurs should not miss these events because they offer huge opportunities to meet investors.

A bigger problem, though, is the geographical remoteness of Silicon Valley-based capital owners. “As an entrepreneur in the region, you don’t need to get in contact with investors in Silicon Valley unless you’re looking to expand globally. Consequently, we need more capital owners focusing on the Arab world.”

Traidman also stresses the importance of collaboration between all the ecosystem players throughout the entrepreneurship journey, which he says depends a lot on seed investors who push startups forward during the first phases, before VCs enter the process. “The ecosystem cannot consist of only 10 to 20 startups getting investment each year, it should include thousands of them. Consequently, seed investors play an important role because they drive job opportunities and the ecosystem forward.”

For Traidman, large corporations also play an essential role in supporting the ecosystem through sponsorship programs and the establishment of accelerators that support startups in their early stages.