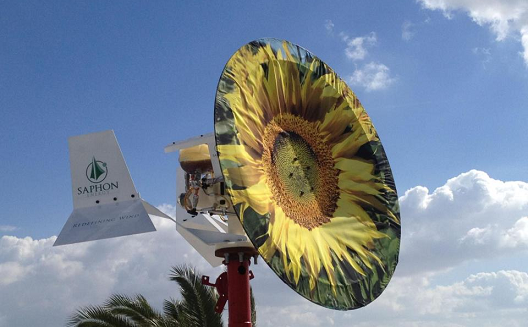 This piece was originally published on the Huffington Post on April 3, 2013.

With the Middle East and North Africa's water and energy needs at an all time high, local entrepreneurs must contribute to sustainable solutions.

The World Bank estimates that by 2020 the Middle East and North Africa (MENA) must create 100 million new jobs. Solutions are needed immediately.

By definition, entrepreneurs solve problems. They mobilize scant resources to overcome challenges and produce big results. In MENA, where regulations for starting and scaling a business can be complex, a young crop of startups have been populating the region's markets at a growing rate in recent years. In parallel, new support programs such as investment funds and business incubators have increased in number. The rising commitment to start, support and invest in new companies have many believing entrepreneurship can have a watershed effect on MENA's job creation plans. Quickly, entrepreneurs have been positioned as a go-to solution for tackling the region's unemployment problems.

However, job creation is not the only item on the region's development agenda where entrepreneurs are urgently needed. Water scarcity in MENA is acute: by 2050 per capita water availability will be reduced by half. Further, the United Nations claimed that as of 2007 many MENA countries already existed at a level of scarce or stressed freshwater access. Though the region is home to 6% of the world's population, it has approximately 1% of global freshwater reserves.

Of equal concern, new energy sources are essential for MENA's longevity. By some estimates, by 2035 the region will increase its current energy consumption by 70%, occurring against the backdrop of diminishing oil reserves and access to electricity.. These environmental constraints are just as, if not even more, pressing than the employment challenge and they too demand solutions.

The growing know-how and excitement in MENA's entrepreneurship space must also be channeled towards water and energy challenges. Globally, entrepreneurship has played a role in turning environmental constraints into opportunities with startups providing a testing ground for new ideas in the green economy.

A small cohort of MENA entrepreneurs are already working in this space. Identifying them and their companies can help provide a blueprint for others to follow and boost support for green startups.

Saphon Energy was born in Tunisia in 2009 when engineer Anis Aouni and his friend of two decades, investment banker Hassine Labaied, hatched an idea for a blade-less wind converter. This "zero-blade" technology, an innovation that differs from traditional bladed turbines, was inspired by the process sail boats use to capture kinetic energy from wind. The technology has been patented and is being registered in 70 different countries.

Fifteen hundred miles east in Jordan, entrepreneur Mahmoud Shattel's startup Taqetna (Arabic for "our energy") is also tackling the wind-energy space with its "Reyah" prototype. Reyah is a vertical wind turbine customized to meet MENA's wind speeds. Alternative energy is a critical need in Jordan, which currently imports 96% of its energy. Though young, Taqetna is an example of how a startup can endeavor to disrupt this field.

Specializing in both the energy and water sectors is Jordan's Millennium Energy Industries (MEI). Launched in 2002, MEI has patented solar desalination and cooling technology with a core focus on solar heating solutions. Between 2008 and 2010 MEI grew over 700% and in 2012 was named Jordan's fastest growing company. In 2011 in Saudi Arabia it engineered and implemented a 25 mega-watt solar heating project - the world's largest - and is now rolling out in the European Union and Chile. Ennis Rimawi serves as MEI's Executive Chairman through his role as Managing Director of Catalyst Private Equity, an Arab region venture capital fund for energy and water technology.

The need for stable energy and water access in MENA are clear. Rimawi explains the demand as both a necessity and a market opportunity. The region's harsh environmental conditions make alternative energy and water sources a factor of survival. In parallel, MENA is endowed with business opportunities for green companies. According to some estimates, the region holds 45% of global potential for renewable energy and experiences roughly 300 days of sunlight per year. Similarly, market research company Frost and Sullivan values the region's water treatment sector at USD4.7 billion by 2020.

However, few entrepreneurs in MENA are active in the region's energy and water fields. This could be due to factors including costs for starting up and minimal exposure and support to incentivize more activity. The result is minimal available support for these companies and limited opportunities for others to enter this space.

A handful of actions can be taken to address these gaps.

In the words of Labeid, "There needs to be greater synergy between these people who can innovate and investors who can take a risk." More funds focusing on clean-tech and renewable energy are a must. Business plan competitions and incubators with a focus on these sectors can also spur interest. Similar initiatives already exist for Internet startups and these models can be tailored to the energy and water sectors. Closer alignment between the academic and private sectors will also enhance research and development while simply increasing exposure for players in this field can generate new incentives and interest.

The impact of green startups in MENA could be enormous, playing a pivotal role in bringing new dialogue and technologies to the table. Groups like Saphon Energy, Taqetna and MEI could provide blueprints for others to follow - tailoring technologies to turn MENA's unique challenges into opportunities and demonstrating both why and how young companies can have an impact in this field.