The first edition of the Telematics Conference Middle East & Africa in Dubai earlier this year gave UAE-based entrepreneurs the perfect opportunity to not only network but to pitch their telematic startups.

“Finding such startups was a challenge,” said conference director Alenka Bezjak Mlakar. “We decided to do that because startups often have new and original ideas that they find hard to pitch in this niche while large corporations are always on the lookout for new ideas. That’s why the conference offered a networking opportunity to participants.”

Telematics combines telecommunications, logistics management, big data and sensors like GPS locators. It has the potential to streamline operations for companies that need to track multiple moving components, like a fleet of vehicles. 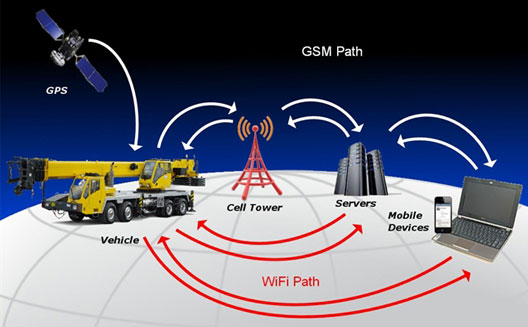 What are telematics and how do they work? (Image via hedonline.com)

Entrepreneurs who attended Telematics Conference Middle East & Africa saw it as an opportunity to network with key players in the telematics field, pitch their ideas (and hopefully attract large corporations), raise funds, get tips, and discover the latest trends in the sector.

In this first edition, three UAE-based startups pitched their ideas:

Dashroad: Faheem Gill, who founded the startup in Feburary of this year, said that the company’s goal is to “come up with software to connect cars to the internet.” He established the company in Dubai in anticipation that the city will eventually become a transport hub for India, Europe, and other international players.

LoadMe: This startup wants to be the next Uber-like service for the trucking industry in the Middle East. Its CEO, Sebastian Stefan, doesn’t miss an opportunity to pitch his idea and has participated in many events in the last few months such as Turn8’s Investor Demo Day and the GCC Pitch Challenge. Stefan noted that this event would allow him to meet telematics solution or service providers that might be interested in integrating their services in LoadMe.

Inquiron: Its CEO, Raymond Kenney, emphasized that his idea was born out of the urgent need to manage complex political and security information in remote border areas such as in Iraq and Eastern Africa. He added that the technology that his company provides helps companies use data for optimal decision-making.

It might still be a long way before these startups gain a place among the big players; however, the latter have offered entrepreneurs a handful of tips to help them succeed:

With the Middle East as one of the fastest growing emerging markets in the telematics sector, and due to its unique environment, home-grown ideas and innovative solutions are needed in the region, for the region.