Google is dominating the internet, Business Insider Intelligence reveals in a new presentation on 'The Future of Digital.' While the search giant's hegemony in ad spend, mobile OS, and search traffic won't surprise anyone, the presentation reveals a few trends in the future of online media that are particularly relevant to developers and entrepreneurs in emerging markets. Here are 6 major trends that stand out:

Although the report counts the entirety of Apple’s revenue as counting for “new media”- a questionable premise- it makes a point. In video especially, most of the ad spend is still in television- something that's also true in the Middle East, but ad spend online in the U.S. is catching up. 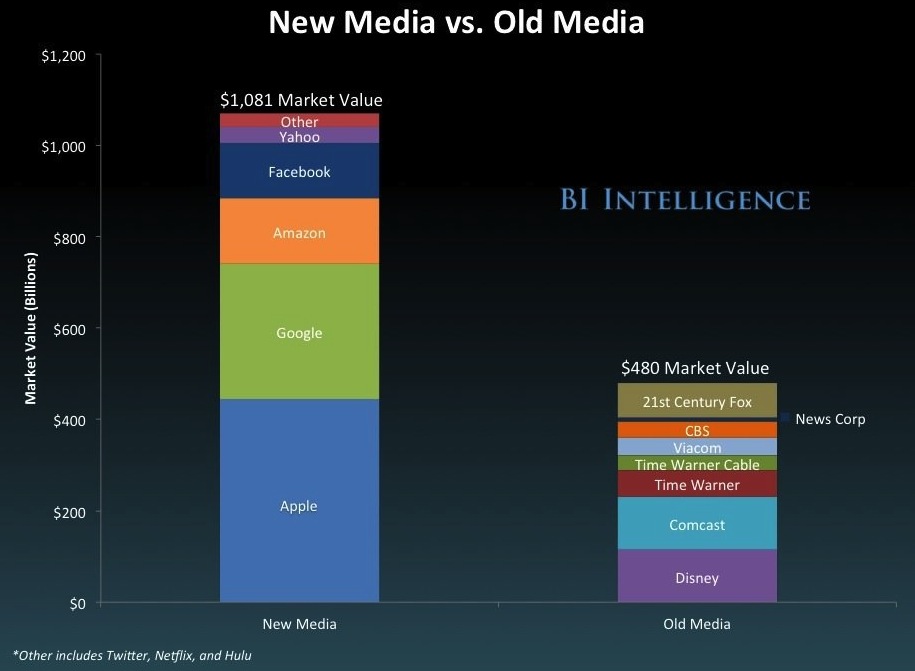 2. Smartphone users are spending more of their time texting and social networking (combined) than talking or browsing the web.

Those looking to build another smartphone app might want to consider these facts and the the massive growth of Whatsapp (which recently went down around the globe), LINE (which is next in LINE for an IPO), and Snapchat. Could the experience of sharing information over chat be improved? 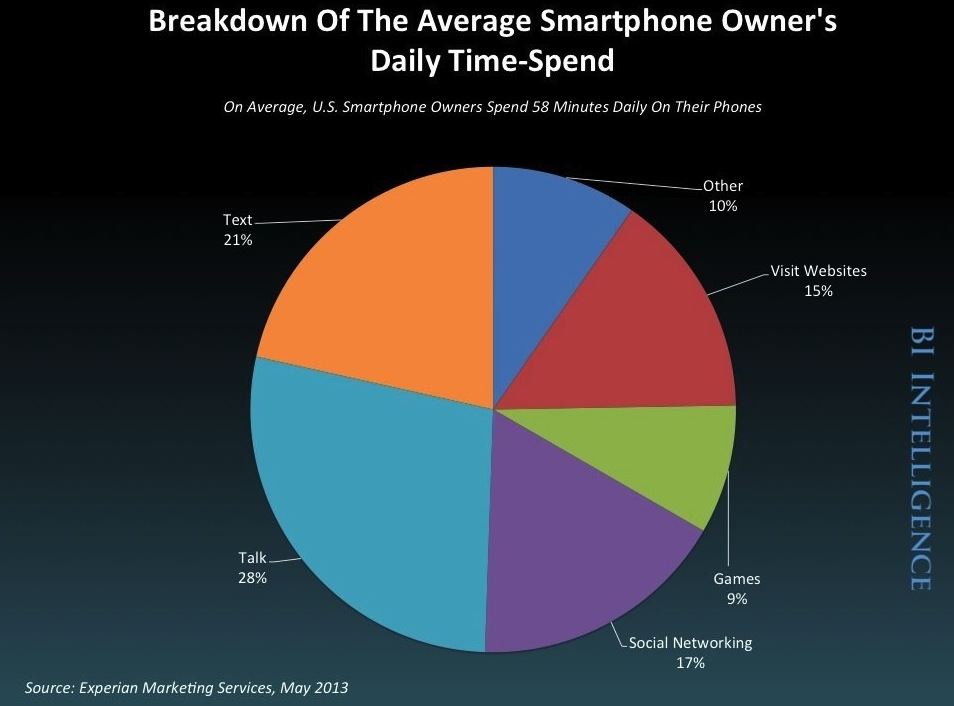 3. iOS is driving the overwhelming majority of e-commerce website traffic. Despite the fact that Android wins at nearly everything else, including in market share for smartphones, tablets, and generally as a computing platform, globally and in the Middle East, those building e-commerce sites might still want to consider iOS. It's also driving the majority of global ad revenue, according to BI. 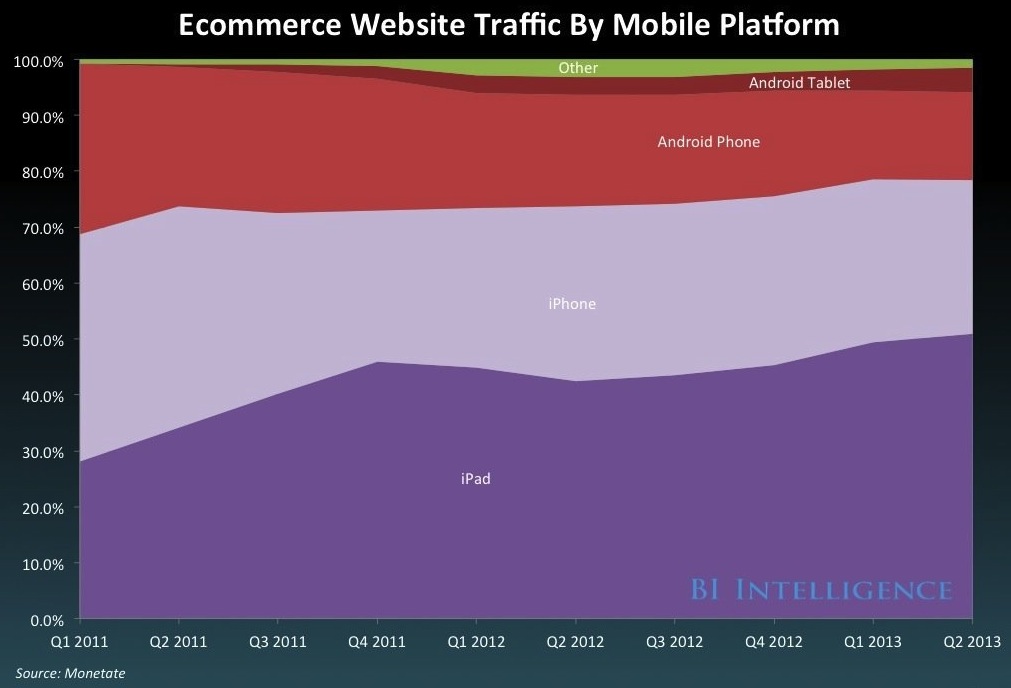 4. Digital video revenue is dominated by on-demand services. Although the vast majority of global ad spend is still in TV, digital revenue is growing. In the U.S., Netflix brings in far more than YouTube, while Hulu's revenue is shrinking. As YouTube turns on ad services in emerging markets, its revenue will continue to accelerate. Will a platform like icflix or a VOD service like Istikana be able to create a draw in the Arab world? 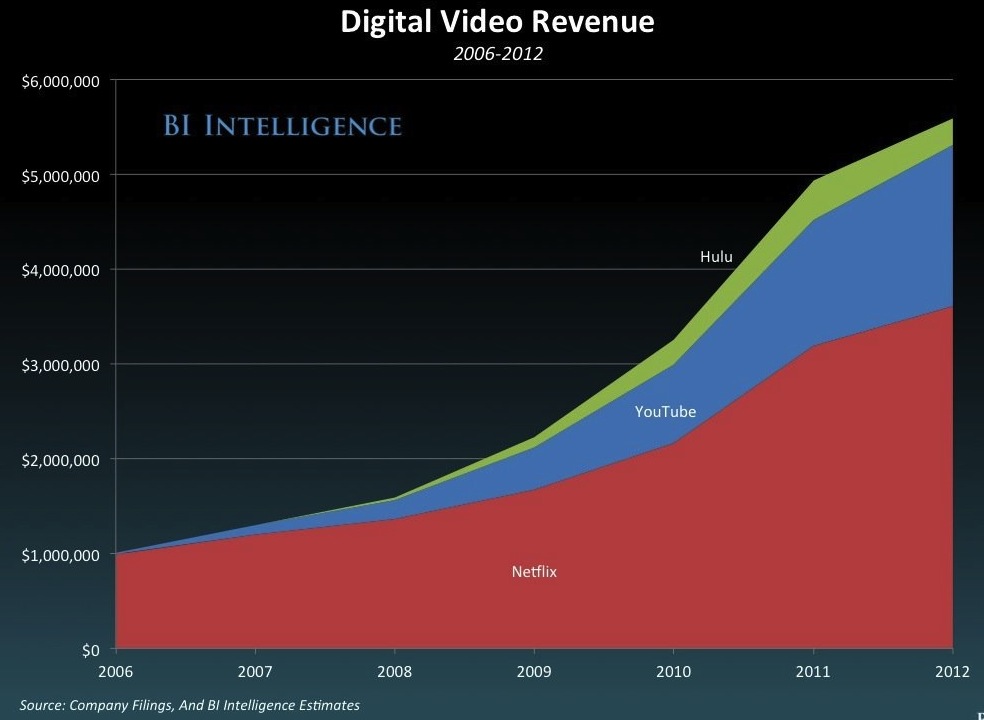 5. The wearables market is set to skyrocket, growing from around $2 billion this year to around $12 billion in 2018. According to Business Insider’s data, 22% of those polled think wearables are the next big thing in mobile (more than any other category), and yet 87% of respondents have never purchased or received one. What do people want most, according to BI? Medical devices that transmit data (like Instabeat, the heartrate tracker for swimmers). 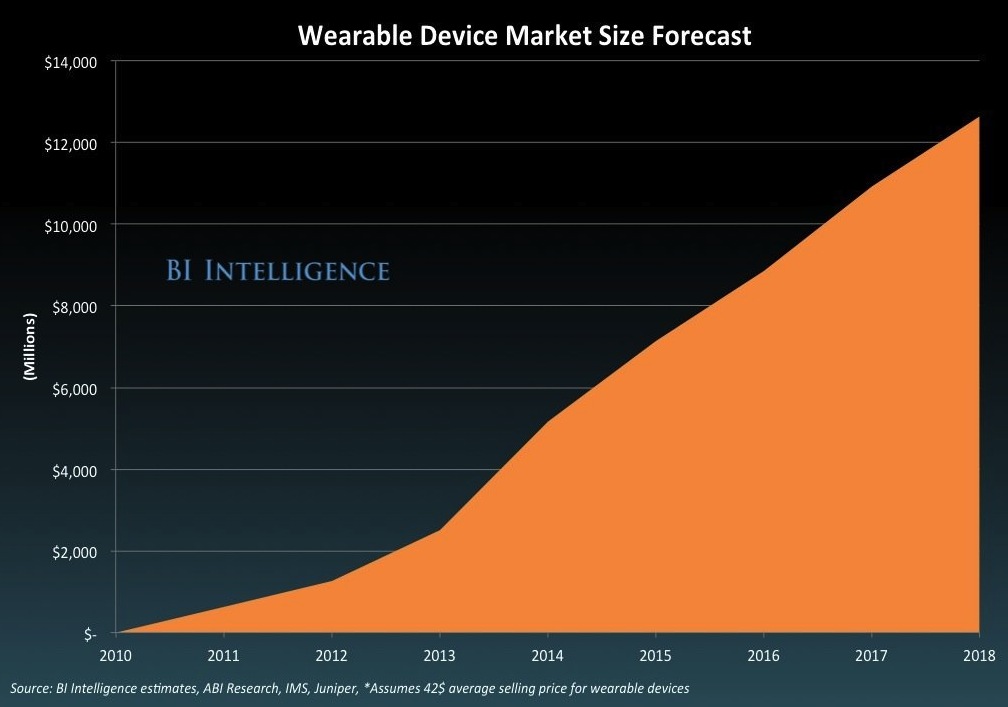 6. Finally, the most disturbing graph in the presentation is below. With around 34% of the world's population online, and 83% of global wealth in the hands of 20% of the human population, the majority of wealth is likely already online. Many e-commerce startups in this region point to growth in internet penetration as a factor that will boost online sales, yet, according to BI's logic, trustworthy online payment gateways and logistics might be more important factors for motivating the wealth that's already connected to the web. 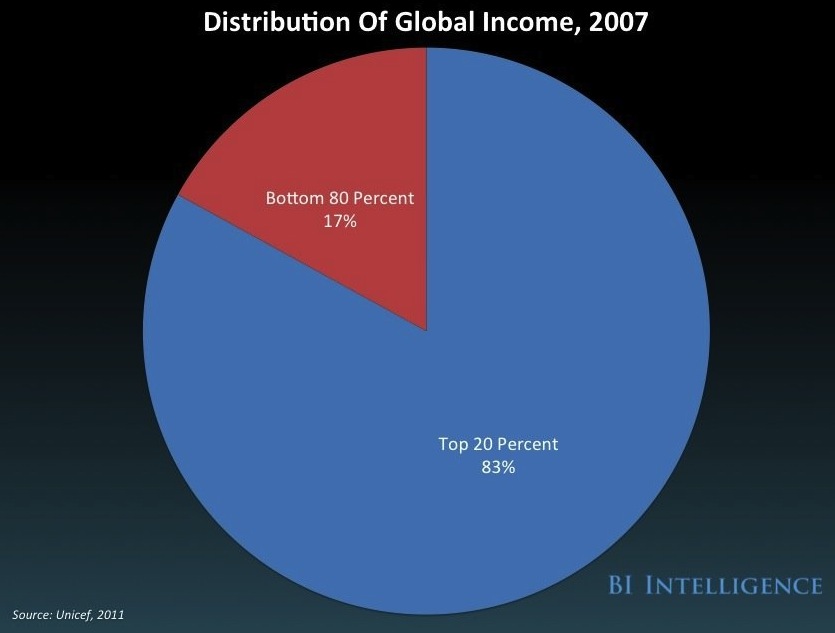