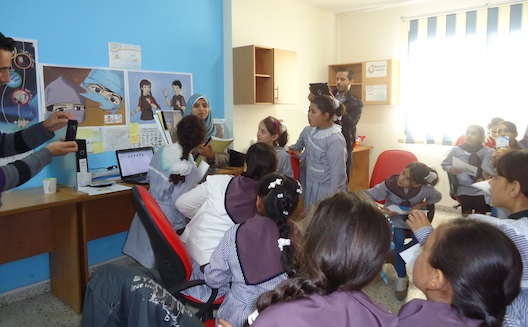 Support for startups in the West Bank and Gaza is continuing to grow, with the launch of JeeranSME, a new mentorship program designed to bring graduates of startup accelerators to the next level.

Each startup will receive one year of mentorship, by pairing with one of JeeranSME’s mentors, who hail from Palestine, Jordan, the UAE, Qatar, Saudi Arabia, and Turkey. Startups will receive at least an hour of hands-on mentorship twice a month, via online discussions, says JeeranSME founder, Luma Saqqaf, who has 15 years of experience in the legal sector and experience in executive coaching.

Graduates of local accelerators must apply to join. “We interview the startups, and look at their business, and their challenges. We like to be sure that there is commitment on their part,” says Saqqaf.  Once startups are admitted, she says, “We get them to agree on the mentoring targets and ask them to report to us.”

Asma Abu Tailekh, the founder of AnaArabi, a West Bank-based company that creates Arabic comics for children, has benefitted from the program thus far, she said in a statement, noting, "I have gained new perspectives through my mentor and the other contacts that JEERANSME have introduced me to outside [Palestine]. They have helped me develop the content of the magazine and develop my vision for “Ana Arabi” as a company.”

In the future, the program might expand to Amman or Dubai, but for now, its focus is on the West Bank and Gaza, where the recent launch of GazaSkyGeeks and increased investment from firms like Sadara Ventures are transforming the possibilities in Palestine.