Yesterday, we published the first article based on an interview with Dan Stuart, the co-founder of the MENA’s first daily deals site, GoNabit, which was acquired by LivingSocial in 2011 just over a year after launch. In yesterday’s piece, Stuart shared tips and lessons from the startup and scaling portion of GoNabit’s full-cycle entrepreneurial journey; today’s article focuses on the selling and shutting down phases of the startup cycle.

The first half of 2011 was a difficult time – both financially and existentially – for the rapidly maturing startup. The events in Egypt beginning in January 2011, which have become known as the Arab Spring, presented the team with several layers of challenges. Stuart and co-founder Sohrab Jahanbani (pictured below, Stuart on the left) were forced to keep three staff members in Cairo on the payroll for two months before GoNabit could launch safely in Egypt. This added financial strain came at the wrong time, says Stuart, just as GoNabit passed its window for another round of investment. 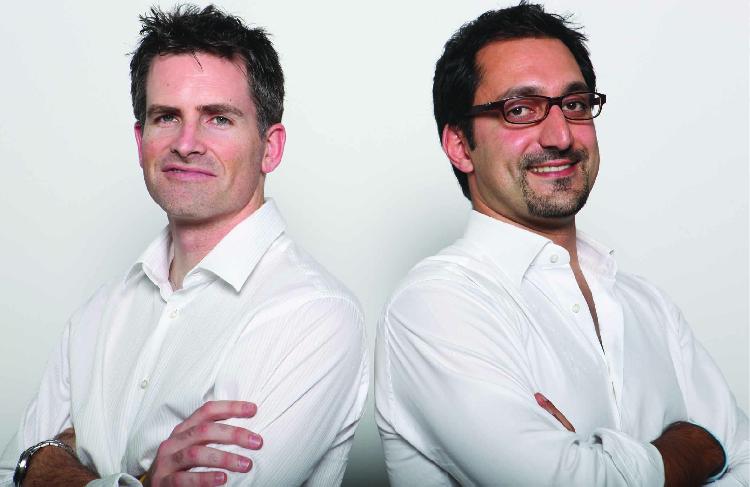 Beyond this financial dead weight, as the acquisition discussions became more concrete, the political upheavals in Egypt “almost took our deal [with LivingSocial] apart,” Stuart reports. When a particularly violent interlude led to a few days of uncharacteristic silence from LivingSocial, Stuart and Jahanbani bit the bullet and flew to LS headquarters in Washington D.C., eventually convincing the LivingSocial suits that “Egypt would turn out to be a better place to do business” after the revolution, a perspective which was, at the time, “what we were hearing from our team on the ground there,” he says.

From this experience, Stuart emphasizes that both seller and buyer should “be hands on” as much as possible in sales situations, so as to inspire confidence in the other party. This is especially relevant for MENA businesses looking to sell to companies outside the region, he says, situations in which “a lot of education about the market is necessary.”

Anticipating this, Stuart advises regional entrepreneurs to focus on making business models easily understandable by foreign investors and executives. Stuart reflects that, in speaking to potential buyers who were perhaps unfamiliar with accepted MENA delivery practices, “it was easier for us to talk about credit card transactions than exchanging cash with a guy on a motorcycle” (yet another happy return of the decision not to accept COD on GoNabit).

But what should go into the decision of whether to sell or keep running the business yourself, as the GoNabit team had initially planned to do? “I can’t say there was universal agreement among shareholders; no option was so much better than the others to make it a no brainer,” Stuart recalls, “and some offers seemed structured to make reaching internal consensus difficult.” Eventually, he and Jahanbani decided that “by working with a global business, our future growth would be averaged out to global growth patterns, rather than restricted to MENA ecommerce growth patterns,” whose future was, at that point, uncertain at best. They closed the deal with LivingSocial in July 2011, after an exhausting four-month period of due diligence and operational belt-tightening.

GoNabit became LivingSocial Middle East, and it was smooth sailing for a good year. Stuart and Jahanbani led what became a nearly 100-strong team to the best 2012 bottom line against plan of any regional LivingSocial company, Stuart reports. 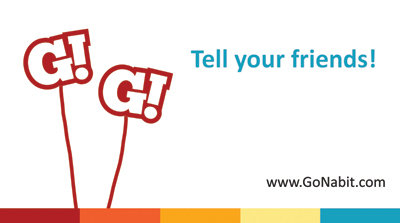 So the summer 2012 news that LivingSocial was shutting down the Middle East came as a surprise to the team. In retrospect, of course, given senior leadership shifts at LivingSocial, early signs of contraction in the global daily deals market, and the small fraction that the Middle East accounts contributed to the company’s global revenue (as a source close to LivingSocial told Wamda at the time), the move makes sense.

When asked about missteps, Stuart answers frankly. “We probably should have kept the GoNabit brand running longer. After we changed brands in November 2011 we were told anecdotally that we weren’t as fun, didn’t feel the same etc. [even though] we were the same people top to bottom…. The brand switch came with more downside than I expected.”

As word got out, and employees started getting job offers from competitors and asking questions, it became more and more difficult for Stuart and senior GoNabit leadership to keep a lid on the situation. Ultimately, he says, “we accelerated things [in terms of informing staff and shutting down the business]… People needed closure, and we felt as though we owed that to them… my team came first [and] it wasn’t a healthy environment.”

“The most frustrating part,” Stuart continues, “was that we were exploring options with investors to spin the business back out as GoNabit, but the leaks and rumors meant we felt compelled to take decisive action for the sake of the team, which meant closing some promising doors.”

Two years later, from his study in Toronto, he stands by that decision in giving advice to entrepreneurs who might wish to follow in his footsteps. “Do what you’re comfortable with, even it if doesn’t toe the party line,” he proffers. “And be ready for anything.”

At the time, then-Director of Corporate Communications at LivingSocial Brendan Lewis insisted to Wamda that the company wanted to retain GoNabit’s founding talent. “We hold Dan and Sohrab… in very high regard,” he said. True to its word, LivingSocial offered Stuart the opportunity to run LivingSocial Canada, knowing that he was interested in returning home.

“I saw all stages of the company,” says Stuart. “I started, me by myself, found a great co-founder, got up to 95 people, and then it ended… with me alone in the office waiting for someone to come and buy the furniture.”

While this sounds like a depressing story, let us not forget that while we don’t know the exact amount of GoNabit’s acquisition, we do know that it was, at the time, the biggest regional deal since Yahoo! bought Maktoob in August 2009. Major equity stakeholders got rich, and the region got its first large-scale e-commerce acquisition deal, ushering in a new era for multimillion dollar investment in MENA e-commerce.