The global oil and gas industry is being seduced by innovative tech startups moving into the once closed field, but in the Middle East there remains a healthy level of caution surrounding connected machines and big data.

“For oil and gas we don’t know what we mean by big data,” said Helen Gilman, Wipro Technologies vice president.

“I think in intelligent energy we have been a little guilty of being seduced by the technology,” she told Wamda. “We’ve been excited by the cool stuff but we haven’t quite worked out what problem that approach might solve.”

That dilemma – not quite knowing how to deal with the data collected from years of investment in sensors and connected machinery – is a key problem, according to Schlumberger production solution manager Ali Jama, at a recent conference in Abu Dhabi.

“The next system we need to look at is the data quality… it’s one thing having the technology but validation of the data and then how to use the data [is key],” he said.

And there is a lot of data to be had. A paper on big data optimization strategies in the oil and gas sector from 2014, found that Chevron produced 1.5 terabytes of internal data in a single day.

This is easy to understand when one realizes that a drilling rig might have anywhere between 40,000-80,000 sensors on it, above and below ground, and up to 80 percent of that data is unstructured and therefore difficult to analyze using conventional software.

Unlike in the US, companies that can help Middle Eastern oil producers, refiners or distributers to manage and decipher the huge amount of data coming in from operational sites are still rare. But there are plenty of “weakest links”, as one entrepreneur called them, for the right startup at the right time to exploit.

Where the weak points are

Oil, or gas, production involves a number of different players over, often, vast geographic areas – both across ground and under it.

The sector, which received a score of only 4.68 out of 10 for digital maturity in the MIT Sloan Management Review 2015 global study of digital business, stands to benefit more than most from integrating far-flung reservoirs with analysts and executives.

Data analytics firm Teradata says the upstream industry – or the companies which produce the oil and gas – loses $8 billion a year in non-productive time, estimating that engineers spend as much as 70 percent of their time “searching for and manipulating data”.

More and more newly discovered reservoirs in the Middle East, such as those in the Eastern Mediterranean and in the Gulf, are in very deep water which requires equipment that can work at pressures of 20,000 pounds per square inch, and in extremely high temperatures of 200 degrees Celcius or more. 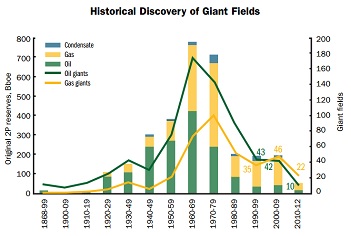 A recent Booz Allen report noted that 60 percent of global oil production comes from giant fields, which make up 1 percent of the total number of fields around the world. Most of these are in the Middle East, and most are in decline.

And as many as 60 percent of oil and gas experts are due to retire over the next half decade, meaning a move towards remote management of sites is essential as fewer hands are available. 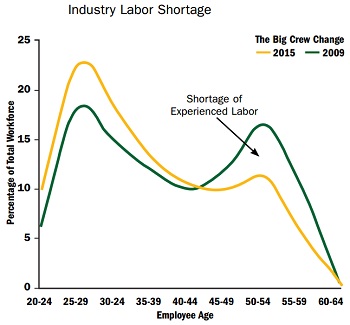 “This industry is quite conservative in its approach,” he said. “I think there’s a lot of great technologies out there that we’re not really making the most of. Industrial IOT is the latest buzzword. [The questions is] how can we use these new technologies…safely in order to improve our own performance.”

Shoring up those weak points

The promise of the Industrial Internet is to solve these problems and at the same time create new value, according to a report by Deloitte.

Mark Douglas, vice president of Schlumberger Middle East, gave an example during the Intelligent Oil and Gas conference on September 14-16 in Abu Dhabi of how sensors saved a company in the region multiple $80 million fines.

The oil and gas producer was working with an offshore field, but it would take four days for the fluids from the well to reach the refining facility onshore. They could only guess when the hydrocarbon levels in the well dropped to a point where they’d start sucking up water instead: if they couldn’t divert it at the right time, their production levels were affected and they’d be fined.

By using sensors they could measure where the water was in the pipeline.

Globally, BP is testing GE's Predix software on 650 of its wells which will be fully integrated by the end of the year. It's a pilot at the heart of the GE Minds + Machines Industrial IOT event in November.

But seemingly small changes like this are being met with the large as well, which are being introduced by, ironically enough, startups.

In the US whole new services have already appeared of startups catering to all aspects of the industry, from software analytics providers to long range communication tech providers to thermal imaging leak detectors to real-time pollution sensors.

In the Middle East there’s companies like Ali Rebaie’s Rebaie Analytics Group, which consults on data management and analytics to the energy sector, and Singaporean Dominic Loke’s (below) Astoria Solutions, which is now based in the UAE. 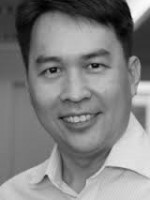 In 2010, Loke’s company pivoted into being a technology supplier, providing RFID-chipped wearables so companies could monitor staff in high-risk jobs, such as shipyards, and ensure not only safety but also keep tabs on who is doing what and where.

This year he moved into the Middle East with a view to taking that technology to the oil sector.

He told Wamda many of the region’s oil companies were still working with paper-based processes, where an employee may have to get a paper approval to go on site or punch a card to log their hours.

Loke said that one company, a refinery, saw an eight percent lift in productivity when it adopted his personnel tracking technology with associated software.

An app and data management software allows companies to cut out unnecessary routine tasks such as stopping work to find someone, and also provides a system to automatically monitor health and safety issues, or systems of doing tasks.

He was yet to take on any customers in the Middle East energy sector, but said the outlook was hopeful.

Security, however, is one of the major sticking points with some Middle Eastern companies going offline altogether to protect themselves.

A connected system, especially in the Middle East where companies are more nervous and later in their stages of technological adoption, has to be backed with “a defense-in-depth model of cyber security”, said the Booz Allen report.

This means every data flow has to be protected, and will require a new kind of oil field employee – tech professionals who can guard against that kind of attack.