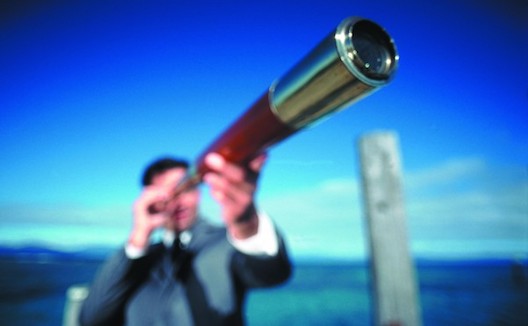 Though it might seem quiet, some VCs are on the prowl.

Towards the end of 2014 Wamda published an interview with Lebanese VC Khaled Nasr. He said, quite plainly, that if you’re a Middle Eastern startup it’s highly unlikely you’ll get money from a US VC. That’s a sad thought (especially when access to funding within the region has also been tough).

Indeed, in another article from February of this year we learned that there's “still not much entrepreneurship activity in the MENA region.” While Nasr is still of the opinion that Silicon Valley VCs are highly unlikely to invest in MENA startups, a fair bit of Googling and chatting to contacts led me to realize that global VCs moving into the region are a bit like pink diamonds: beautiful and rare, but more importantly, existent.

Silicon Valley investment numbers are not that low, but if we compare them with investments within the US or Europe, then yes, they are few and far between. However there are notable exceptions to this. Germany’s Rocket Internet has been making waves in the region since its investments in Namshi and Mizado in 2012. They opened offices in Dubai, and have since made investments and purchases worth hundreds of millions of dollars, with their Middle East Internet Group.

Currently Fenox, which has yet to declare any investments in regional startups, is the only Silicon Valley-based VC to have set up office in the UAE. Brent Traidman, General Partner at Fenox Venture Capital, told Wamda that even though US and UK markets continue to serve well, their VC was looking to "focus on emerging markets where we witness the biggest growth opportunities." So, in April 2014 the VC announced the launch of its $100 million fund for startups in the developing world (in December it also launched a $200 million fund for Bangladesh).

To do so they partnered with Dubai-based Innovation 360. But this took some time. Traidman said that they started by sponsoring and mentoring local startups, then performed due diligence to really gauge the appetite for a VC fund. “With the recent surge in incubators, accelerators, and early stage startups in the GCC, we seized the opportunity to get in early.”

For Traidman the increasing population of the region, as well as the massive mobile penetration, cannot be overlooked. “We see this number continuing to rise quickly in the next five to seven years, which gives us the opportunity to start investing prior to mass adoption.”

Other venture capital companies that have added MENA-based startups to their portfolios also include Lumia Capital (Series B funding for Jordan’s telly.com); San Francisco’s Rise Capital which raised a $100 million maiden fund specifically for early stage expansion of companies in emerging markets in 2014; Belgium’s Hummingbird Ventures which invested in MarkaVIP back in 2012; and South Africa’s Naspers which invested the sizeable $75 million in souq.com in 2014.

So, what has been holding investors back?

Talk to someone Stateside and you get an obvious answer. “There is this attitude of ‘if I can’t drive to a portfolio then it’s not worth investing in,’ which is frankly extremely unfortunate,” says San Francisco-based entrepreneur Mohannad El-Khairy. “Especially because when you look at those living in the Valley, like 50% are not from the US.”

With his company, NXT Innovation, El-Khairy often has the challenge of showing off the qualities of a MENA-based startup to US-based corporations: putting tech startups within reach of corporations in order to facilitate innovation within the corporation.

As a result, startups have been aiming to get themselves to Silicon Valley in order to scale, rather than staying in the region. Wally, the Dubai-based personal finance app, is currently in the Valley, as is the Bahraini startup Utrack.tv. Another which has recently returned from a stint there is the Cairo-based obituary website ElWafeyat.com.

Yousef El Sammaa, cofounder of El Wafeyat, concurs with El-Khairy’s point after his four months spent in California with 500 Startups. “We met a lot of potential investors who were interested in our model but rarely were they interested in investing outside of US, or even California.” El Sammaa added that investors felt that it would be an issue if they couldn’t get to an investment within two or three hours to sort out a problem. Also, investors are reluctant to invest in markets they don't understand well - and they're happy to admit that they don't understand the MENA.

As part of its write up on the Middle East, in their Global Startup Series, 500 Startups said: “It’s clear that a major entrepreneurial shift is taking place in the Middle East and the startup scene has grown exponentially in the past few years.” And they are right. However, certain things are still lacking, notably funding to take many startups to the next level.

“One challenge that we face is that there is currently a lack of Series B, C and D [funding],” Traidman noted. Commonly known as ‘middle series funding’ it is very important but not as popular as seed and Series A, nor final round investments. “This is a critical time in a startup's life that enables them to hire the right talent, develop products and patents, as well as start to grow to a more mature level of user traction and revenue.”

Putting these regional startups in a context that foreign investors can understand will help with their appeal. In April AstroLabs Dubai will be opening its temporary coworking space, ahead of its official opening as a Google Tech Hub space.

Here the ecosystem can see movement in both directions. AstroLabs' partnership with India’s Nasscom 10,000 Startups program will be providing soft landing packages for startups coming to the region from India. Louis Lebbos, AstroLabs' founder, also told Wamda that this kind of partnership would be soon extended to Russia, Turkey, Pakistan, and Morocco. “We will have many international investors come to the space to meet the startups in our community and the wider ecosystem.”

The impact of 500 Startups in the region is also being felt. Since 2011 they have invested in 17 startups in five regional countries. From Jordan’s Jeeran to Syria’s ShopGo, a total of $2 million has found its way to the region. Investors in the Asian market are not shy of MENA either.

Frontier Digital Ventures are a Kuala Lumpur-based VC which has already invested in Dubai’s propertyfinder.ae. The company is very much focused now on the MENA region’s classifieds sector, on the hunt for automotive and property verticals. “It’s an exciting and diverse region,” says Shaun Di Gregorio of Frontier Digital Ventures. “You’ve got markets the size of Egypt, right down the small but wealthy Gulf states.”

So, like the pink diamond, once you've found one, you can safely say you've hit the mother lode.

I am going to be following this article up with a comprehensive list of investors who have brought their business to the Middle East. I cannot claim to be all-seeing so I'd love to hear from you if you know of VCs, investment companies, or private investors that I could include.

Let me know in the comments section below.