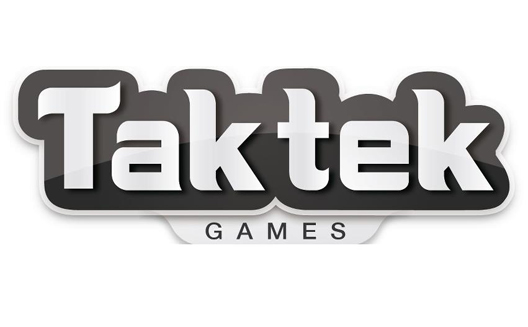 “I’ve let everyone go,” Gaith Kawar confessed to me over coffee at Starbucks in Abdoun last month, giving a look of resignation through his dark-framed rectangular glasses. “We’re winding down.”

Just eight months before, his company, TakTek Games, was well on its way to success, with a respected work ethic and a deal with Chillingo. Will Jordan's My Marbles be the next Angry Birds?  we asked in a burst of optimism- or, rather, the next Birdy Nam Nam.

The two founding brothers, Yazan and Gaith Kawar, had everything going for them- on the back of their web development company, Zero3 Digital, they had built a gaming company that was 100% Jordanian, locally funded, and scrappy. When they couldn’t find the talent that they wanted, they trained developers, a tactic also adopted by fellow Jordanian mobile development studio Maysalward. When you can’t depend on the local talent pipeline in Jordan, you build your own. “No one on our teams has any kind of degree in gaming, but with proper management and guidance, they can build anything,” Gaith said at the time.

Now, those words have come back to haunt the founders, as most of the developers that they trained to build My Marbles have left for better salaries in the Gulf. Before TakTek Games could finish the list of tweaks that Chillingo sent over the summer, they lost four developers to jobs in Saudi Arabia and a few to Lebanon as well. “They’re now getting three to four times what we can pay,” Kawar confessed. “We tried yearly bonuses and stock options, but at the end of the day, they wanted immediate rewards.”

He doesn’t blame the developers, however; many were married, with families or future children to provide for.

He doesn’t blame his investors, either. Hijaz Investments and an “angel investor from the family” were “very helpful; they were all gamers and IT guys, and we’re still friends,” he nods. Those investors had simply done the math- it didn’t make sense to sink another million dollars into scaling a company that was leaching talent. “ Even if we scaled, it would just make the problem larger,” says Kawar.

A Slew of Closures in Jordan

While TakTek’s closing is a blow to Jordan’s gaming sector, they’re hardly the first to close. Wizards Productions, Aranim Games, and lesser-known Crown Games have also quietly folded over the winter.

It’s hardly a domino effect- Wizards, for one, suffered the loss of a co-founder and specific difficulties pivoting into mobile. Previously betting everything on massively multiplayer online games, they ran out of funding as they pivoted and failed to secure further investment. Despite a deal with international publisher 6waves and acceptance into YetiZen, a gaming focused accelerator in San Francisco, they were forced to close. Others, like Maysalward and Beladcom, continue to build.

But the issues that TakTek faced reveal a critical threat to Jordan’s startup scene: its wealthier neighbors. Having a back office in Jordan is often desirable in the Middle East, as salaries are, on average, half of those in Lebanon in the creative and tech sectors, and, as Kawar points out, far less than in Gulf countries.

While Jordan has asked to join the GCC, a move that would align it with fellow monarchies and secure further economic assistance, reduced barriers with the Gulf could potentially also result in an even greater exodus of talent.

For now, companies like TakTek, which have shouldered the burden of educating the desert kingdom’s tech talent, will be forced to consider alternatives.

“We’re not giving up,” said Kawar. One idea is to build a core team in Amman while opening a developer office in a market like India, Ukraine, or South Korea, where developers are plentiful and lack incentives to move. “Maybe we’ll outsource at the beginning or then eventually own that subsidiary,” he mused.

If he wanted to downscale his ambitions or not build for iOS, it would have been easier, he said. “If we wanted to do something that's been done before, we could easily find 50 PHP developers that would build online applications. But what we wanted is rarely done- we wanted them to build in Objective C.”

“Maybe we pushed the envelope too much,” he considered for a moment. But isn’t that exactly what a good tech startup founder should do?

Given his experience, Kawar has a few words of advice for founders in Jordan. First, get a reality check. “Tech entrepreneurs coming straight out of university today seem to be very focused on building things that they hope to sell in a few years. I rode the wave with everybody, and then I realized I couldn't find three iOS developers.”

It’s fine to want to build the next Amazon, he says; just keep in mind that it took ten years in a developed market.

Second, if you’re going to build a technical startup, get a co-founder with an engineering background. In his next venture, he and his team are planning on building talent into the founding team rather than hiring, to enhance retention.

But finally, what Kawar doesn’t say shines the most: be strategic, stay focused, and perhaps, have a core business that’s a bit more traditional- after all, Zero3 was profitable before he branched into gaming.

It’s clear that whatever the Kawar brothers build next will be even more robust and poach-proof than TakTek. In the meantime, his wife is starting a photo book printing company called Cheezu, Zero3 is still paying the bills, and he and his partners are back in the kitchen “cooking our next project.”